Overcoming the Fear of Job Hunting: Tips for Young Adults with Aspergers and HFA 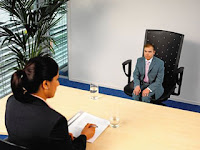 Networking is the most effective job search technique. But aggressive networking requires the individual to be comfortable in going out and talking with “strangers.” Young adults with Aspergers and High-Functioning Autism (HFA) would find networking as comfortable as eating the working end of a mop. So what is a person on the autism spectrum in need of a job to do?

One characteristic of some adults on the spectrum is a keen sense of being rejected (i.e., a readiness of avoiding people and situations that hold the potential for criticism). Many of these adults were criticized and ridiculed as children by their peers, and this carries over into adulthood. Based on various surveys of the U.S. population, it is estimated that approximately 40% of Aspergers and HFA adults would endorse the proposition, "I do not tolerate criticism very well."

These individuals tend to think differently than their neuroypical counterparts. People on the autism spectrum tend to over-utilize “generalization” as a way of organizing the world. At the same time, they have a tendency to under-utilize situational logic. As a pattern of thought, generalization is very helpful to professionals because it allows for the application of experience from one area to new areas. Any one pattern of logic, however, can become dysfunctional when over-employed.

A common example of how excessive generalization logic is used would be the following situation:

A junior executive submits a poorly thought through recommendation. Situational logic would lead the senior executive to be sensitive to those environmental circumstances which contributed to the poor judgment (e.g., poor health, death of a parent, break-up of an important personal relationship, etc). Generalization logic would accept the inferior recommendation as primary evidence to support the ultimate conclusion that the junior executive is incompetent.

In other words, some Aspergers and HFA adults will have a tendency to employ generalization logic to artificially – and unfairly – pigeonhole others. But while they may unfairly pigeon-hole others, they don't discriminate. What they do to others, they also do to themselves! Many of these "special needs" adults would interpret one rejection during networking as evidence that they can't do it correctly.

Some adults on the spectrum will do all they can to avoid being put into this uncomfortable situation. This discomfort will sometimes result in some job seekers over-utilizing impersonal job search techniques that are likely to have relatively low payoff (e.g., responding to classified ads, using recruiters, returning to the school placement office, etc.).

Here are some tips to help:

1. Instead of trying to force yourself into a “networking-oriented model” of job search, which is hard for many AS and HFA adults to do, try to do the less personal techniques first. Only come back to networking when it is clear that the other, more comfortable job search techniques are not going to work. For example, aggressive utilization of targeted mail campaigns can be quite effective in finding positions. For technical-oriented people, you may have some good success with placing "position wanted" advertisements in key professional publications.

2. When - and if - it finally comes time to engage in networking, some adults on the spectrum have found value in breaking down networking into specific behavioral components. Deal with each component one-at-a-time. With the help of others, focus on specific components one-at-a-time through role-play, rehearsal with friends, and low-key try-outs.

3. When someone reacts to you negatively, don’t take it personally. Don’t let bad experiences shy you away from achieving your dreams. If you are rejected, try a simple technique of imagining an even WORSE rejection, and then think about how you would deal with it. Dealing with an imaginary situation is always easier than dealing with an actual situation -- and after this exercise, you current situation will seem like a walk in the park.

4. Try to look your best. When you know you look your best, it raises your self-esteem and makes it easier for you to act more confident.

5. Try behaving in a confident manner, even if you don’t feel confident. Learn to act confident even if you have to force yourself to portray the confidence that you don’t have. Practice in private in front of a mirror and then publicly, until you begin to see results. Learning to project confidence is a sure way to overcome your fear of rejection. The idea is simple: just like with great Hollywood actors, the better you act, the more believable you become. Once you learn how to portray confidence, you will feel more confident inside.

6. Observe others by paying attention to how they act and how they relate to others. Observing someone who projects confidence is a great tool to pick up little techniques that others use to act confident (e.g., firm handshake, looking straight in the eyes, etc.). Next time you see someone that seems to be very confident, just pay attention to the things they say and do to make them look confident in your eyes and try mimicking it.

7. When all fails, and you don’t have the confidence to do something (e.g., to start a conversation) try this: just smile and act approachable. Let the other person take the first step. In general, people are friendly and are open to communicating. In most cases, they will respond favorably to your attempts at making it easier for them to take the first step.

==> Launching Adult Children With Aspergers: How To Promote Self-Reliance