This is a great BBC documentary about 3 men with varying degrees of autism trying to escape the limbo between childhood and adulthood. Oli is desperate to be employed, Alex is looking for love, and Tom just wants to be like other people his own age. Overall, the documentary presents a powerful picture of the struggles these young men face in overcoming their disorder. 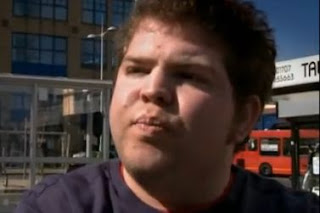 Aspergers and High-Functioning Autism: The Positives

Too many people forget to mention the good things about having Aspergers or High-Functioning Autism, so here are a few examples:

How To Become A Member Of The Nerd Squad

Although they are known for being strange and eccentric, Aspie nerds are very smart (sometimes too smart) and possess a wealth of information (e.g., about computers, science, mathematics, astronomy, etc.).

Nerdiness can be a rewarding lifestyle, but it is like a snowball. If you gather a little snow and then push it down a hill, the snowball gets bigger and better as it collects more and more snow. So, come out of the closet and become a member of the Nerd Squad. Here’s how:

1. First of all, you should have a Facebook account to be able to interact with other Aspie nerds around the world.

2. With YouTube being the widest video sharing site, it is important to be a regular “video up-loader.” Your videos can be about fixing computers, hacking, being an Aspie, or anything else that screams "Aspie nerd!"

3. Watch cult classics like a true nerd. This means watching the original Star Wars, Star Trek, Doctor Who, Lord of the Rings, etc.

4. Subscribe to a specialty magazine or journal. Nuts & Volts, PC World, Mac World, and Cinefex all fall under this category. Read from cover to cover and in each issue, pick out at least three words you've never heard of before. Memorize these and try to use them often.

5. Read, but don't skim and scan. Read at least ten classic books (e.g., Les Miserables, War and Peace, Deutschland Ein Wintermarchen, etc.). Also read books that have to do with your favorite topic. Visit the library and get at least six books either pertaining to your topic or a classic book. Then, go back to the library when those are due and take six more.

6. Make friends with other nerds. The best way to become a really great nerd is to be friends with one. Together the two of you can learn and teach each other more about the Civil War – and you can have fun doing nerdy things. Better yet, make friends with several Aspie nerds and participate in activities together. But don’t just stick with nerds that have Aspergers. You will be better off if you have a best friend who has Aspergers, and a few nerds who don’t.

7. Learn how to hack a computer. By doing this, you can change almost anything about the computer.

8. Learn C++, Java, Visual Basic, or another programming language. After you are comfortable with languages such as C++, Java, Python, Perl, etc., move on to Web based programming such as javascript, HTML, XML, PHP, ASP, and CSS. Go beyond learning to use the language. Familiarize yourself with the history of the programming language and what it can be used for in real life. If you are using Facebook or Twitter, learn the source code to create cool apps, such as FBML.

9. Learn as much as you can about computers and electronics. Know your operating system from the inside out, and study other operating systems as well. Learn about how computers work. If you can, take one apart and put it back together. Learn how to make a computer out of scratch and build a fully personal computer of your own.

10. Get some nerdy-looking clothing. Purchase at least 5 nerdy articles of clothing, and 5 other things that could be considered "nerdy."

11. Don’t give a shit about what others think of your new lifestyle (a mistake that many rookie nerds make). Aspie nerds don't care about who likes who, or who has the most expensive pair of shoes. They just don't.

12. Decide what you would like to become "obsessed" with. Think long and hard because you will probably be spending your entire life on this topic. It can be as specific as Abraham Lincoln, as broad as space, or you could contemplate a need to fulfill (e.g., Bill Gates developed the personal computer). If you choose a specific topic, you will be expected to know more about it, such as exact dates of important events.

13. Buy at least three electronic gadgets. Clip these onto any convenient part of your clothes. Stay away from such trite things as MP3 players, and get something unique like a Universal TV Remote.

14. An email address is a must for all nerds (Gmail is a recommended email client because of Google+ and other free services including face-to-face video chat).

15. Lastly, stay strong and be proud. Nerds rule the world!