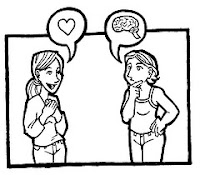 ASD awareness is on the rise. However, there is still a lot of ignorance regarding the abilities and mental status of grown-ups with the disorder (high-functioning autism)...

Misunderstanding #1: Adults with ASD Are Unemotional

Adults on the spectrum DO experience emotions. However, the emotions felt by some of them may be less complex than the emotions of typical people.
Also, those ASD individuals who have difficulty with language and social skills may have difficulty expressing emotions in the typical or socially acceptable way. But, this doesn’t mean they don’t have emotions.
==> Living With Aspergers: Help for Couples
Misunderstanding #2: Adults with ASD Hate To Be Touched

While it is true that some adults with the disorder may not enjoy physical contact at times, the issue here is not social, but sensory. Many of them have sensory integration issues (i.e., their interpretation of sensory input is abnormal).
Some are hyper-sensitive (e.g., bright florescent lights, high-pitched noises, and certain textures against the skin are intolerable).  And some are hypo-sensitive (i.e., it takes a high level of sensory input for them to notice or react). But this doesn’t mean they never want to be touched by anybody – anywhere – at anytime.

Misunderstanding #3: ASD Is a Disease

While some adults with ASD may have a co-morbid mental health disorder, (e.g., depression or anxiety,) autism itself is not a disease or a mental illness. While the symptoms of the disorder can often be reduced through cognitive and behavioral therapy, it is a neurobiological disorder for which there is no spontaneous remission or cure. However, many adult with high-functioning autism who were diagnosed as children have lost many of their symptoms as adults.
==> Online Group Therapy for Couples and Individuals Affected by Autism Spectrum Disorder

Misunderstanding #4: If Someone Has ASD , He Must Be a Genius

This misunderstanding was popularized by the movie Rain Man, in which the main character had Aspergers and an extraordinary memory. He could memorize a jukebox play list at a glance and greatly enhance his odds at blackjack by counting cards. 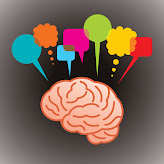 Someone with Savant Syndrome has ability in one of a range of skills, from an impressive memory in a very specific area to genius-level artistic, musical, or mathematical abilities (despite having profound deficits in other areas). About 50% of people with Savant Syndrome also have ASD. However, of everyone diagnosed with the disorder, it is estimated that only 10% have a savant skill.

While these misunderstandings may be true to some degree, the truth is that ASD is such a variable disorder that there are very few assumptions that can be made about any individual just from the diagnosis.
Understanding Your ASD Partner's Thinking and Behavioral Patterns: