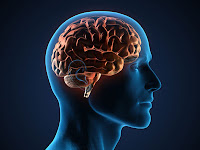 An Aspergers (High-Functioning Autism) man's brain varies tremendously over his life span, quickly contradicting the image of the emotionally-distant, self-absorbed “nerd” that circulates in mainstream consciousness. From his task-oriented personality to his “excessive” need for time alone, here's what women need to know about their partner's mind:

1. “Men with Asperger (AS) and High-Functioning Autism (HFA) are non-committal,” the refrain usually goes. But this may be one of the largest misconceptions about these men. The “fear of commitment” is most likely to occur before men hit 30. After that, most AS and HFA men focus mostly on providing for their families (of course, some have a harder time with commitment than others – a problem that could be genetic).

2. “AS and HFA fathers don’t really bond with their children.”  This is another myth. While many of these fathers may occasionally (and unintentionally) give the impression that they are not very interested in “bonding” or spending quality time with their kids (which is due to mind-blindness issues), most will tell you – categorically – that they love their kids more than anything or anyone else. They just have difficulty conveying that love in a meaningful way.

3. “AS and HFA men embrace chain of command.” True! An unstable hierarchy can cause these men considerable anxiety. An established chain of command (such as that practiced by the military and many work places) gives them a sense of control in an otherwise chaotic world.

4. “AS and HFA men have no empathy and are more focused on solutions than feelings.” Yes and no! While many studies suggest that females are more empathetic than males, this is not entirely true. The empathy system of the AS/HFA male brain DOES respond when someone is stressed or expressing a problem – but the task-oriented, "fix-it" region quickly takes over.  As a result, these men tend to be more concerned with fixing a problem than showing solidarity in feeling.

5. “AS and HFA men are hard-wired to check-out other women.” Maybe. While often linked to aggression and hostility, testosterone is also the hormone of the libido. And ALL men (not just those on the autism spectrum) have six times the amount surging through their veins as women. Testosterone impairs the impulse-control region of the brain. While it has yet to be studied, this may explain why men ogle women as if on "auto-pilot." However, most AS and HFA men forget about the woman once she is out of their visual field.

6. “The AS/HFA man is immature for his age.” Of course! He has a “developmental disorder” after all. This simply means he is emotionally and socially lagging behind his peers. But even “late-bloomers” develop a significant element of experience and wisdom over time.

7. “Men with AS and HFA don’t show their emotions.” False. While women are usually considered the more emotional gender, infant boys are more emotionally reactive and expressive than infant girls. Adult men have slightly stronger emotional reactions, too – BUT ONLY BEFORE THEY ARE AWARE OF THEIR FEELINGS. Once the emotion reaches consciousness, most men adopt a poker face. When young, males likely learn to hide emotions that culture considers "unmanly."

8. “AS and HFA men are vulnerable to loneliness and anxiety.” Unfortunately, this is spot on. While loneliness, depression and anxiety can take a toll on everyone's health and brain, AS and HFA men seem particularly vulnerable. These males tend to “reach out” less than neurotypical males, which exacerbates the emotional problems and the toll it takes on their brains' social circuits. Living with women is particularly helpful for AS and HFA men. Men in stable relationships tend to be healthier, live longer, and have hormone levels that decrease anxiety. Having “time alone” to de-stress is also especially beneficial for men on the spectrum.