The Genetic Link Between Alcoholism and Autism

According to a 2011 study (found here), alcoholism in some individuals can be linked to a gene (called Autism Susceptibility Candidate 2, or AUTS2) that also causes autism.  The study gathered data from over 26,000 subjects from 12 European populations and tracked how much alcohol each individual consumed daily. The subjects' DNA was then examined for the AUTS2 gene.

The scientists also used mice to investigate whether those with the AUTS2 gene consumed more alcohol. A statistically significant association between alcohol consumption and AUTS2 gene expression was noted. The gene was found to be present in a higher-than-average number of alcoholic individuals, as well as mice.

Researchers estimate that approximately 40% of drinkers carry a genetic predisposition for alcoholism. This study is not the first to describe a high incidence of alcoholism in people with autism (another study can be found here), but the genetic evidence it revealed is new. Knowledge of genetic factors may improve treatment for those who wish to abstain from consuming alcohol.

Adults with Asperger’s (AS) and High-Functioning Autism (HFA) may be more susceptible to alcoholism. Alcohol is often seen as an acceptable way to self-medicate unwanted conditions associated with autism spectrum disorder (ASD)  (e.g., attention problems, sensory issues, depression, anxiety, social difficulties, etc.).
Moving from childhood into adulthood can be very challenging for people on the autism spectrum, and the usual pressure to drink can lead to alcoholism – especially since drinking can seem like a temporary “fix” or an “escape method” for coping with other problems. If a person with ASD has never been successfully diagnosed or treated, this can make addiction to alcohol (and other drugs, including marijuana) an even more likelihood.
==> Living With Aspergers: Help for Couples

What to do if your husband on the spectrum drinks too much:

Usually, excessive drinking only stops when the AS husband realizes that the costs of drinking exceed the benefits. A wife could wait until the costs are huge so that her husband can realize the problem more easily. But by that time, his thinking won’t be very clear, and he will have paid a substantial price – possibly to include problems that will endure the rest of his life. So, it’s better to help your husband stop drinking sooner rather than later. 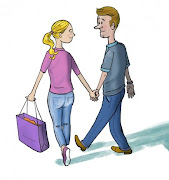 1. Use yourself as the “reward” for not drinking. Many wives are reluctant to consider themselves as rewards. After all, shouldn’t your husband want to spend time with you without you having to manipulate him? Perhaps, but do you want to argue this philosophical point – or get him to change his drinking pattern? If he eventually spends time with you because he truly enjoys it – and enjoys it more than drinking – don’t worry about the fact that he needed to be guided initially.

3. If your husband likes your company socially, stay around only when he is sober (or drinking moderately). Take two cars to events if needed, and be clear about why you are doing it. If it’s just time with him at home, excuse yourself when he is drinking excessively – and make sure to give him lots of verbal and physical attention when he is not. You can even tell him what you are doing (e.g., “I love our time together, and I don’t want it ruined by your drinking too much. When you do, I’m going to excuse myself.”).

4. Create a “landing place” before you ask your ASD husband to “jump.” Many heavy drinkers are reluctant to quit drinking, because they have little sense of how they will spend their time without drinking. All that empty time may frighten them. By creating a landing place, you hope to build a transition (slowly at first) in which other activities come to replace drinking. However, before you try this strategy, you should observe your husband’s behavior for a while to see what activities he engages in that are not alcohol-related. Then you will need to figure out a way to support/promote these activities in a non-confrontational way.

COMMENT: I am a recovering alcoholic and have been sober for over 22 years. I do not, as far as I am aware, have AS or HFA, but I would, as they say, tick quite a few boxes! I work with children on the autistic spectrum in a mainstream school and so I have a reasonable knowledge of the condition. My point is, that I have believed for some time, that there are a higher number of people with AS/HFA in the recovering alcoholic community, than there are in the general population, based on my observations among people like me, who attend a 12 step program.