30 Tips for the Easily Offended Aspie

Are you easily offended? Do others consider you “high maintenance”? Do others feel they have to “walk on eggshells” around you? Do others say you “make mountains out of mole hills”? Do you explode in fits of anger over little things? Do you frequently take things the wrong way?

If you are like most individuals with Asperger’s (high functioning autism), you have probably been offended numerous times (in one way or another) by someone's comment, action, choice, behavior or lifestyle. But understand this: hypersensitivity is robbing you of happiness, and holding on to grudges because you were offended does not contribute to your overall happiness or mental health.

How adults on the autism spectrum can overcome being easily offended:

1. Allow most of life to be indifferent to you. Someone’s bad mood isn’t about you – it’s about him or her! This way, less in life will offend you, and happiness will be much less fleeting.

2. Consider the context that things are being said or done. Sometimes, you may have misunderstood and taken it wrongly.

3. Don’t be emotionally attached to your opinions and viewpoints.

4. Don’t hold on to the words others use to get at the thing they are trying to express. Hear the idea and ignore the clumsiness of the expression.

5. If everything is reduced to how it negatively affects you, no wonder you are so frequently offended!

6. If you expect others to act and speak a certain way, if you assume others will be as kind or compassionate as you, if you’re offended when they don’t rise to the level of your expectation, you will almost always be offended or on the verge of it.

8. Keep in mind that when a comment seems offensive, it may not be aimed specifically at you. It may be a casual comment, but the other person is unaware that you are taking it personally.

9. Accept yourself deep inside. Validate your inner being. See yourself as more than your behavior. You are also your potential.

10. Learn from your past experiences, and be careful the next time you speak or do something. It may save an individual who is overly sensitive a lot of grief.

11. Many “Aspies” are easily offended because they can’t emotionally differentiate between their thoughts and their inner sense of self. When identities are too closely tied to one’s opinions, and those opinions are then disagreed with, many feel like they have been rejected – pushed to the pavement and crushed. This, of course, is highly inaccurate.

12. One “Aspie” stated that whenever he hears that he has offended someone, his first response is to stop and think if, in fact, he may have said or done something that could have given the impression of an offense. That, by itself, is a great attitude of humility that would make him almost immune to offense. But he didn’t stop there. He went on to say that he often found that he had indeed said something that could have been construed as offensive. He would then seek out the offended party and apologize for the misconstrued word or deed.

13. Part of accepting others’ imperfections is learning to forgive them for their past mistakes and create a sort of “forgiveness-default-setting” in your heart that you automatically go to when confronted with offensive language or behavior.

14. People who are internally fragile – no matter how “tough” their exterior – break most easily at the wrong or misplaced word or deed. So grow your inner self. Become self-accepting, and life will be a more consistently joyful place to live.

15. Pray for the ability to forgive and forget the offense if you have been truly offended.

16. Putting yourself in the offender’s shoes will have the added benefit of being less offensive to others, as you learn to be “too noble to give offense.” If you can empathize for a minute, you can learn to see things from the offender’s perspective. And then you will see that you too played a role in the conflict. Also, you might come to see that the offender had no such intentions of offending.

17. Realize that your opinions are not you. Any given opinion is not the whole of who you are. To the degree you can detach your ideas from your identity, you will live a fulfilling life with little opportunity to feel offended.

18. Remember, humans are imperfect. You are imperfect. Life is imperfect. And that’s just the way it is. When you can accept others’ imperfection – and your own – you will be well on your way to a life of more emotional stability and joy.

19. The reason you usually feel offended is because of the meaning you attach to what is said or done (e.g., “That means she really doesn’t care!” …or “He’s saying I am no good!” …or “I knew she didn’t really love me!” …and so on.). And so the internal interpretation goes.

20. So often we jump to conclusions, assume an ill intent, create meaning to a word that then hurts and offends. Resist that urge and delay judgment until the conversation has run its course. You just may find there is no offense to be had by the time you get to the end.

21. Self-acceptance will literally destroy others’ ability to offend you. It won’t hurt because your validation doesn’t come from their opinions about you.

22. Stay away from self-pity when offended. It can destroy your self-esteem and make you miserable.

23. Talk to the “offending” party about how you feel. That individual may not even realize that he or she has offended you. Calmly talking over the issues can help to resolve misunderstandings, hidden anger and frustration.

24. Talk yourself out of the offense by telling yourself, “This person is simply expressing an opinion, and listen to how interesting it is! I find it so fascinating that someone can have such an opinion that is almost the exact opposite of mine!”

25. Tell yourself that maybe the “offending” party is having a bad day and does not realize how she came across. Don't judge, and avoid jumping to conclusions.

26. Tell yourself that the individual who is the potential offender has as much right to her opinion as you do to yours. Besides, they’re only words.

27. The “everyone is out to get me” mentality is fertile soil for being frequently offended. Every word out of every mouth, every action or inaction, all that is done or undone, all motives and intentions become a stab at you. That is a HUGE burden to carry.

28. Think positive and stop brooding over the offense. Thinking too much often makes you jump to conclusions that are not based on fact.

29. Unless proven otherwise, assume the “offending” party has noble intent. Maybe the language was clumsy, maybe even ill-advised, but assume a good heart. That should take the sting out of the bite and put some joy back in your moment.

30. We all have faults, quirks and character flaws. So do you! Yours just may be different than theirs. So, shrug and let it slide off your back. Don’t hold on to the imperfections of others so tightly that you strangle yourself in the process!

Mood Swings in Adults on the Autism Spectrum 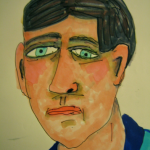 Mood swings can be described as “a mental health condition that results in significant emotional instability.” This can lead to a variety of other stressful mental and behavioral problems. With mood swings, a person may have a severely distorted self-image and feel worthless and fundamentally flawed. Anger, impulsiveness and frequent anxiety may push others away, even though the person may desire to have loving and lasting relationships.

If you have Asperger’s (AS) or High-Functioning Autism (HFA), and you experience frequent mood swings – don't get discouraged. Many adults on the autism spectrum have some degree of moodiness, but they get better with treatment and can live satisfying lives. Mood swings affect how you feel about yourself, how you relate to others, and how you behave.


Signs and symptoms of excessive moodiness may include:

When AS and HFA adults have severe mood swings, they often have an insecure sense of who they are. Their self-image or self-identity often changes rapidly. They may view themselves as “bad,” and sometimes they may feel as if they don't exist at all. An unstable self-image often leads to frequent changes in jobs, friendships, goals and values.

When AS and HFA adults experience frequent and severe mood swings, their relationships are usually in turmoil. They may idealize their spouse or partner one moment, and then quickly shift to anger and resentment over perceived slights (or even minor misunderstandings). This is because people on the autism spectrum often have difficulty accepting gray areas. In other words, things seem to be either black or white.

Treatment for mood swings may include psychotherapy and/or medications:

1. Psychotherapy is a fundamental treatment approach for mood swings. Types of psychotherapy that may be effective include:

2. Medication can help with co-occurring clinical problems, such as depression, impulsiveness and anxiety. Medications may include antidepressants, antipsychotics and anti-anxiety drugs.

Living with frequent and severe mood swings is difficult. You may realize your behaviors and thoughts are self-destructive or damaging, yet you feel unable to control them. Treatment can help you learn skills to manage and cope with your moods.

You can help manage your moods and feel better about yourself if you do the following:

Remember, there's no one right path to recovery from wild mood swings. Usually, the best results come from a combination of treatment strategies. Excessive moodiness seems to be worse in older adolescence and young adulthood, and may gradually get better with age. Many AS and HFA adults with this condition find greater stability in their lives during their 30s and 40s. As the individual’s inner distress and sense of misery decreases, he or she can go on to maintain loving relationships and enjoy meaningful careers. 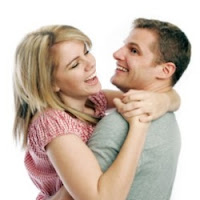 50 Ways To Be More Confident In Relationships: Tips For Adults On The Autism Spectrum

Do you feel like a "loser" when it comes to love relationships? Have you even felt so "unlucky in love" that you've simply given up and resigned yourself to living single for the rest of your life? If so, then take heart. It's not too late. Use some of the tips below to get yourself back into "the game."

50 ways to be more confident in love relationships: 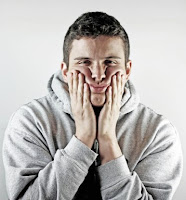