According to some professionals in the autism community, Avoidant Personality Disorder (APD) manifests itself more frequently in adults on the autism spectrum compared to the general population. Reasons for this may include: 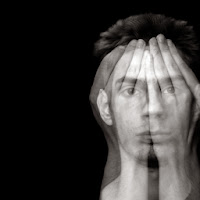 APD is characterized by feelings of extreme social inhibition, inadequacy, and sensitivity to negative criticism and rejection. However, the symptoms involve more than simply being shy or socially awkward. APD causes significant problems that affect the ability to interact with others and maintain relationships in day-to-day life.

According to the American Psychiatric Association’s Diagnostic and Statistical Manual of Mental Disorders, an individual diagnosed with APD needs to show at least four of the following criteria:

APD symptoms may include a variety of thoughts, feelings and behaviors, for example:


The adult on the autism spectrum may feel as if he is frequently unwelcome in social situations, even when that is not the case. This is because people with APD have a low threshold for criticism and often imagine themselves to be inferior to others. When in social situations, an individual with APD may be afraid to speak up for fear of saying the wrong thing, blushing, stammering, or otherwise getting embarrassed. He may also spend a great deal of time anxiously studying those around him for signs of approval or rejection.

The individual who has APD is aware of being uncomfortable in social situations and often feels socially inept. Despite this self-awareness, comments by others about his shyness or nervousness in social settings may feel like criticism or rejection. This is especially true if he is teased, even in a joking way, about his avoidance of social situations.

APD causes a fear of rejection that often makes it difficult to connect with other people. The affected individual may be hesitant to seek out friendships, unless he is certain that the other person will like him. When he is involved in a relationship, he may be afraid to share personal information or talk about his feelings. This can make it difficult to maintain intimate relationships or close friendships.

As with other disorders, a mental health professional can design a treatment plan that is appropriate for the affected individual. APD treatments vary, but they will likely include talk therapy. If a co-existing condition (e.g., depression, anxiety disorder) is also diagnosed, appropriate medications may also be used.

Other disorders can occur along with APD. Treatments in these cases will be designed to help with the symptoms of each disorder. A few of the conditions that most frequently occur with APD include:

Many APD symptoms are commonly shared among these other conditions, particularly in the case of generalized social phobia. Because of this, the disorders can be easily confused. It may take some time for a mental health professional to make a clear diagnosis and choose the appropriate treatments.