ASD and Problems with Executive Function 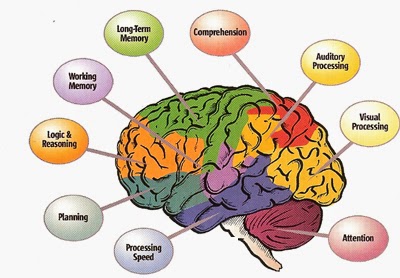 People with ASD [High Functioning Autism] often face challenges related to their ability to interpret certain social cues and skills. They may have difficulty processing large amounts of information and relating to others. One core term relating to these challenges is “executive functioning.”
Executive function refers to a set of mental skills that are coordinated in the brain's frontal lobe. It includes the ability to curb inappropriate speech or behavior, integrate past experience with present action, manage time and attention, plan and organize, remember details, and switch focus.

Research has identified a number of specific executive functions, which include the following:

Warning signs that you may be having difficulty with executive function include: (a) trouble in estimating how much time a project will take to complete, (b) initiating activities or tasks, (c) memorizing information, (d) planning projects, (e) retaining information while doing something with it (e.g., remembering a phone number while dialing), and (f) telling stories (verbally or in writing).

Yes. I was scrolling down for a reply to state that one cannot talk about EF issues in this population without also discussing the same symptoms on ADHD. Based on EF symptoms alone, is there any particular symptom that can distinguish between ASD and ADHD? It’s okay if there isn’t; they obviously share genes, and so some expressions could manifest similarly, but I found it helpful to see a distinction between social issues experienced by autists (developmental issue with no self awareness of social errors) and ADHDers (better understanding of rules but difficulty controlling impulses, feeling bad about screwing a social interaction and trying to make a repair). Something like that would be useful here.

Of course, where it gets really confusing is when someone can identify with both (doing okay socially in some respects, like finding a way to be interested enough to get to know a person that you can conjure up questions to ask them as a way of continuing the conversation instead of monologue get, albeit with effort, but still hate small talk and fakeness, be blunt, only come to life when a pet topic comes up, and so on. Like, some sort of strange hybrid where you can be aware that you might have run afoul of a social rule, even if only because you have learned to recognize a particular response as negative, and know that a repair is required, but then dig yourself a deeper hole with a clueless repair. If your energy is good, you may even feel proficient in conversation and feel like it went well, only to wonder why those people have ghosted you later.

It’s maddening not to be able to tease this out and, even if it is comorbid, all the more maddening because it would seem to complicate improving at this. I suppose if ADHD meds are successful, then this might improve those aspects of social issues, leaving more apparent that which is more directly a result of ASD.