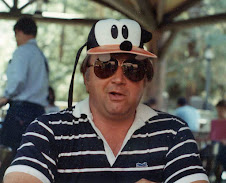 Adults with ASD [High-Functioning Autism] often display advanced abilities in language, reading, mathematics, spatial skills, and music (just to name a few) – sometimes into the "gifted" range. But, this is often offset by significant problems in other areas – especially in the social realm.

This combination of strengths and weaknesses can lead to problems with spouses, and even employees. People on the spectrum appear perfectly “normal” (for the lack of a better term); however, on closer inspection, several problematic issues related to the traits associated with disorder reveal themselves.

Here are a few of the misunderstandings associated with ASD:

The autistic employee may be regarded by employers as a "poor performer." The employee’s low tolerance for what he perceives to be boring and mundane tasks can easily become frustrating for him, resulting in his refusal to complete certain tasks (or do them slowly).
Consequently, employers may well consider the person with ASD to be lazy, arrogant and/or insubordinate. This “misunderstanding” often results in a “power-struggle” between the person with ASD  and his boss, and in combination with the autism-related anxieties, can result in problematic behaviors (e.g., angry outbursts, withdrawal, absenteeism, walking out on the job, etc.).

Two traits often found in adults on the spectrum are “mind-blindness” (i.e., the inability to predict the beliefs and intentions of others) and “alexithymia” (i.e., the inability to identify and interpret emotional signals in others). These two traits reduce the person’s ability to empathize with others. As a result, he may be perceived by partners/spouses and fellow employees as selfish, insensitive and uncaring.

An issue related to alexithymia involves the inability to identify and control strong emotions (e.g., sadness, anger, etc.). This leaves the individual prone to sudden emotional outbursts (e.g., meltdowns), or bouts of withdrawal (e.g., shutdowns).
The inability to express feelings using words may also predispose the autistic individual to use physical acts (e.g., destruction of property) to articulate his mood and release “emotional energy.” All of these traits may give others the impression that the person is emotionally unstable, rude, self-centered, or simply unwilling to work on relationship problems in a respectful and rational manner.
==> Living With Aspergers: Help for Couples

People on the autism spectrum often report a feeling of being “unwillingly detached” from the environment (e.g., at home, work, school, etc.). They often have difficulty making friends due to poor social skills. The complexity and inconsistency of the social world can pose an extreme challenge for these individuals. Accordingly, feeling incapable of winning and keeping friends, they prefer to engage in solitary activities. As a result, partners/spouses and fellow employees often view the autistic individual as “self-absorbed” and “narcissistic.”

People with ASD may be overly literal and may have difficulty interpreting and responding to sarcasm, banter, or metaphorical speech. Difficulties with social interaction may also be manifest in a lack of small talk and humor. These problems can be severe or mild depending on the person.
Due to their idiosyncratic behavior, precise language, unusual interests, and impaired ability to perceive and respond in socially expected ways to nonverbal cues – particularly in interpersonal conflict – they are often the target of bullying in the workplace and branded as "odd.”

The obsessive-compulsive approach to life results in the narrow range of interests and insistence on set routines typical of adults on the spectrum. However, it usually starts as a cognitive (i.e., thinking) issue before it becomes a behavioral one.
Cognitive issues, such as the inability to take someone else's perspective (i.e., mindblindness) and the lack of cognitive flexibility (e.g., black-and-white thinking) can cause many of the behaviors we see in these individuals. We know there is a cognitive element by looking at the autistic person's behaviors. There is always some distress, anxiety, or obsession manifested in every “inappropriate” behavior.

The ASD individual's cognitive difficulties may lead to inaccurate interpretations and understanding of the world. How someone interprets a situation determines how he will respond to it. Many times the interpretation of an event is either not an accurate one, or not one that leads to positive or prosocial actions.
If the event can be reinterpreted for the person with ASD, it can lead to a more productive outcome. In doing this, partners/spouses and employees must first try to understand how the "autistic" interprets a situation. All of his behaviors are filtered through his perception of the way the world works.

•    I agree with everything that is mentioned above although some of the traits don't apply to me. At least I don't think they do but my employer and family may differ. I just appreciate that these traits have been identified. My employer's reaction may be, you're an adult...recognize these problems and get over them if you want to work here...if you have issues...find another job!
•    The biggest problem for me is metaphorical speech. While I take things literally at first, as soon as I realize a certain common phrase is metaphorical, I adapt quickly and from that point forward use and understand the phrase as metaphorical. Where the issue comes in is when people use a common metaphorical idiom as being literal and then scoff at me for not understanding the literal interpretation. Sigh.
•    My son, 22, has aspergers. Was diagnosed at 4 and been under the care of a physician ever since. He has trouble with all of the issues mentioned in this article. He's been trying to make a business out of his interest which requires being on social media but has encountered a mob of bullies that have been relentless for the past 2 years. It's really affecting him triggering a really bad meltdown recently. I don't know how or the best way to help the situation. When or if do I step in and help? They have already been informed he has aspergers and choose to insist that he be "normal" because he is an adult. Any advice would be awesome.