Men on the Autism Spectrum Who Won't "Work" On Their Relationships 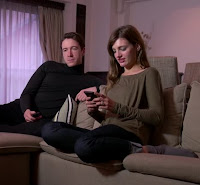 “I have a boyfriend with aspergers syndrome that I love dearly. However, there are some issues that I would like to address that are getting in the way of this going to the next level. Problem is he won’t talk about issues, or consider going to a counselor that could help us. If I tell him how I feel, he gets overwhelmed and leaves. How can you work on problems in a relationship when the other person won’t talk about it? I really do love him and want to make this work, but I’m stuck at a dead end road currently.”

One of the toughest things in a relationship is when one partner wants to work on the existing problems, but the other doesn’t even think there is a problem – or worse, doesn’t care. Unfortunately, it is not uncommon for some men with ASD (high-functioning autism) to flat-out refuse to go to couples counseling, or they do so reluctantly. Many of these guys won’t read a book about relationships, and don’t seem interested in talking about the problems.


It can be incredibly frustrating for the “neurotypical” (i.e., non-autistic) girlfriend who knows her relationship isn’t what it could be. After all, if he won’t work on the issues, isn’t it hopeless that he will ever change? And isn’t it reasonable to assume marriage is out of the question?

The question then becomes, given the situation here, what can be done on a day-to-day basis to improve the relationship before it implodes? Here are some ideas that may help:

Message to the boyfriend:

Men with ASD who are unwilling to go to counseling are usually afraid that the counselor will berate them. They worry that the counselor will take the side of their partner. But, they need to understand that couples counseling is not solely for people on the brink of a break-up.  It is for any couple who cares about their relationship being healthy.
==> Living With Aspergers: Help for Couples

To use an analogy, you may not need surgery, but you should still see your doctor periodically for check-ups.  It’s no different with a love relationship that could use a check-up. Lose the stigma you have about counseling – and go.  A counselor is simply an anonymous friend who can help you get your relationship on a good track. Also, a good counselor is not going to chastise you or side with your girlfriend.

Also, remember this rule: “Whoever is hurt is the one who is suffering.” Stop focusing on who is right and wrong, and focus on the fact that your girlfriend is hurt.  This is your partner, not your sister. Your girlfriend wants to be with you. She cares about you. If she didn’t, then she wouldn’t be working so hard to keep the relationship going.

Message to the girlfriend:

If your boyfriend has refused to work on the relationship, show him that YOU are trying to work on it.  Read relationship books or E-books in the presence of your man (in 15-minute chunks, max).  This is a tactful and subtle hint without being a “bitch.”
Most men are open to being read to, because it doesn’t feel like a personal attack. This strategy may spark your boyfriend’s interest to engage in conversation about what you’re reading and inspire him to want to read along, or at least read a chapter or section. Try it! You've got nothing to lose here.

In addition, understand that you have already tried talking about the relationship problems many times now – and have been ignored. Thus, bringing it up in the same context isn’t going to help.  Your first temptation may be to do so louder or with a drastic ultimatum.  Don’t do either.
The problem may be something your boyfriend will never change – and maybe can’t change even if he wanted to. Who knows?  It’s important to realize that potential reality and not feel “entitled” to him changing. If the two of you are meant to be together, then it will happen regardless of your efforts to “fix” the relationship.