Why Your ASD Partner Refuses to Change

“My husband has many positive qualities, but his ability to interact properly with family and friends is missing. It’s a rare occasion that he doesn’t say or do something that raises a few eyebrows whenever we are out in public. When I try to point out to him what he said that was perceived as inappropriate – and why – he just gets defensive and throws it back in my face. Why is he so resistant too simply work on some conversation skills? It’s embarrassing, so much so that I purposely avoid certain outings, especially large family gatherings.”

Adults with Asperger’s [high-functioning autism] need to decide for themselves when they will work on their poor people skills. It can be tough for the neurotypical wife or partner to sit back and watch their “Aspie” man struggle in the social arena, but they should try to let things play out on their own time. To charge-in and assert to the man that he “needs to work harder on developing some social skills” will only add to his low self-worth and sense of being “a bit quirky.”

Oftentimes, adults with Asperger’s are not in a frame of mind where they are ready to make changes based on their partners requests (but as they age, many of them start to feel differently).


Here are some reasons why Asperger’s partners may not be up for addressing their social skills deficits: 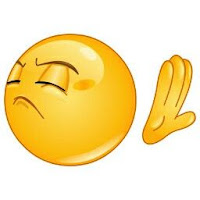 1. Men on the spectrum may be particularly unenthusiastic about the idea of accepting help or criticism from their partner. Also, if they view their partner as someone who is parental, authoritarian, or “impossible-to-please,” they will be even less likely to welcome “assistance” (well-intentioned assistance usually downloads in the Aspie brain as criticism).

2. These men may fully believe the messages that their insecurities are telling them, and they may not think there is any hope of improving. Their self-talk may go something like this: “I'm just not good with people” …  “You either have it or you don't” … or “There's no way I can just chit chat with people – it’s too mundane.”

3. They simply may not view themselves as awkward – just “different.” On those occasions when they are accused of being “inappropriate” by their partner, they may not see anything wrong with their behavior (usually due to the “mind-blindness” issue, which is an Asperger’s trait).

4. They may realize they have some things they need to work on, but don’t feel those things are a priority at the moment. Plus, “trying to change” would be too much work.

5. They may recognize they have some social problems, but are ashamed of them. Some would rather try to hide their social skills deficits and save face – even if that means losing out in the present.

6. Some men on autism spectrum feel superior from an intellectual standpoint, and may have the attitude that their wife doesn’t really know what she is talking about – especially when it comes to their social life. They may think their wife simply doesn't understand what they are going through. Even when other people agree with the wife regarding the Aspie man’s inappropriateness in certain situations, he may still think his wife is clueless.

7. Due to “theory of mind” issues, many adults on the spectrum are somewhat unaware of the fact that they have social challenges. They may know on some level, but for the most part, they are very content with their current attitude and behavior.


8. Most men, with or without Asperger’s, don't like to think that they fail to measure-up in their partner’s eyes. Even if they see no problem with their poor social skills, they may still feel like they are disappointing their partner and be reluctant to bring the topic into the open or accept their partner’s help.

9. In some cases, the lack of social skills may not have cost these men enough (yet). For example, the man who feels like he is being constantly berated by an unhappy wife may simply choose to spend most of his free time avoiding her by being on the computer excessively. As a result, he is not losing much by being in a discontented marriage – especially since he is not that interested in socializing anyway.

10. In most cases, it’s not that people with Asperger’s experience social anxiety. Most can easily hold a conversation with relatives, friends, or even complete strangers – as long as it has something to do with their areas of special interest! Small talk is meaningless and boring to them. As a result, they tend to tune people out, which can be perceived as indifference, rude and unfriendly, or simply “odd.”

•    Anonymous said… "My husband has many positive qualities, but his ability to interact properly with family and friends is missing." If your (and his) family don't yet know why he can't interact "properly", why would they blame you? Sounds like you feel that they do. I think so because you state that his inability/unwillingness to make appropriate small talk embarrasses *you*. Maybe you should just make it clear to "large family gatherings" that he is Aspie and they should work out their own relationships with him on that basis, and not bring you into it, so you won't feel embarrassed. Also that way, he will get first hand feedback from the people involved, rather than second hand via you.
•    Anonymous said… Why are we supposed to do it all. When will neurotypicals put a foot in our world and have conversations by our rules. Most won't even try. It is a major deficit in the neurotypicals makeup that they have problems in this area!
•    Anonymous said… it's a big part of autism is a lack of social skills and instincts. these woman clearly married their partners without really accepting the person has aspergers and thinks the aspergers can be taught out of them or is a choice. Yes sure some of it we can learn but for a lot of it we can't learn because we are incapable of understanding it. Being social is not a logic thing it's all about illogical rules based on emotions and instincts we dont have!
•    Anonymous said… This is the best explanation and advice, ever. I used to struggle with embarrassment with my Aspie husband, until I realized that I wasn't accepting him for who he was. And I was interpreting everything he said or did from my perception, or others perception. He doesn't mean to be rude, or complicated, or any of the other things people perceive him to be. He is just himself. And as soon as that light came on in my head, life got a lot easier.·
•    Anonymous said… I love my Aspie hubby and my family and friends know already and he's actually become comfortable around them. I'm a social butterfly so we balance each other out.
•    Anonymous said… I too have these problems interacting with 99% of the people I encounter. I dont have someone to advise me what I did or said that was wrong. I would like that very much! Don't give up on him, he will come around.
•    Anonymous said… Some people need to be explained before they meet someone new. Let everyone know he has autism and just enjoy his weirdness. I am constantly saying the wrong thing but people just laugh because they think I am funny. Find the humor in it or find a new husband. He could learn new social skills but knowing exactly what to say and when to say it so people will never ever be offended or embarrassed? Not gonna happen.
•    Anonymous said… he won't change till he's on his own and has no choice!
•    Anonymous said… You don't fix a neurological problem like that... any more than saying the person whose legs don't work should have their wheelchair taken away so that they'll decide to walk. There is a difference between being truly rude, and merely not matching the NT conversational conventions.
•    Anonymous said… I think you need to do some research on what autism is and how it affects the perceptions of a person on the autism scale. We have very rigid personality quirks that are essentially WHO we are. We do not always realize when somebody isn't understanding us. We don't need to be 'babied' - we need people to accept us exactly the way we are.
•    Anonymous said… In my world I am the NT and they are the ones misunderstanding out of place dishonest and procreate way too much.
•    Anonymous said… AS can cannot change their personality and the way that thoughts are thought. The same can be said for the NT. We are polar opposites and depending on which one you are just remember in each persons world they are the NT.
•    Anonymous said… The bottom line is situations that course us discomfort are a clear opportunity to grow. It is all about the attitude you approach the situation with that determines the outcome.
*   Anonymous said... "Oftentimes, adults with Asperger’s are not in a frame of mind where they are ready to make changes based on their partners requests (but as they age, many of them start to feel differently)." Ummm, actually, many spouses of autistic husbands, have weighed in on this and actually state that the older they get, their AS men become increasingly rigid and unwilling to engage in the Exposure Anxiety required to affect changes in their behavior.