The 3 Anger Styles of Adults with ASD

“I never know what to expect from my Asperger's partner. Sometimes she's as cool as a cucumber. Other times, she’s the devil incarnate. Her anger button is either full tilt boogie – or virtually non-existent. It’s one hell of an ‘on-again off-again’ emotional rollercoaster ride at times (she either launches into a rage, or is totally silent - and even somewhat submissive/apologetic).” 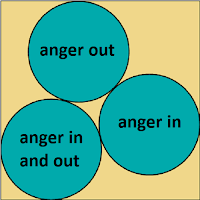 Many adults with Asperger’s and High-Functioning Autism have reported anger-control problems. They may become hostile, or may withdraw into themselves and become very quiet, silently stubborn, and depressed. Others fall somewhere in the middle of these two extremes.

The anger styles for these individuals tend to fall into three main categories: aggressive, passive, and passive-aggressive.

The “aggressors” are easy to recognize. They can be hostile and antagonistic. Common signs of anger-control problems for “Aspies” that are aggressors include:

The aggressors create an unsafe situation for themselves, for others, or for property around them. If spouses or partners are the focus of physical aggression, the problem is extremely crucial to address.

The passive individual can also be fairly simple to recognize. They are somewhat submissive. They do not argue or fight back when confronted – rather, they “shutdown.” This person’s traits may coincide with the diagnosis of depression. Some of the warning signs below are taken from the diagnosis for depression, and others are additional common signs of shutdowns:

Passive individuals are in danger of destroying themselves emotionally from within. They have no emotional release valve. When they blow up, they can become violent, which can result in harm to themselves, others, or property. Internalized anger is as destructive to the passive person as aggression is to the aggressor.

Perhaps the most difficult to detect, passive-aggressive individuals engage in an anger style that appears calm on the surface, but is fuming, scheming, and plotting underneath. They give the appearance of a passive person, and do not directly confront the anger as an aggressor would do. They are docile and appear to accept what is said, but then will ignore what is said to do their own thing. They can be devious, and oftentimes go unnoticed by others.

Unlike the aggressors, they lack the courage to be direct, and instead perfect the skills to be sneaky. They seem to know where the “back door” to revenge is – and use it often. The list of passive traits also applies to them, but here are a few additional traits to look for with passive-aggressive Aspies:

People with Asperger’s who try to manage their anger through the passive-aggressive style are as potentially dangerous to others and themselves as the other styles. Spouses and partners tend to underestimate this anger style, because the danger does not seem to be as bad as the aggressive style.

Lastly, it is not uncommon for some adults on the autism spectrum to vacillate between two - or even all three - of the anger styles depending on the situation.

==> Click here for more information on anger and mood swings in adults on the autism spectrum...