Self-Management of Angry Outbursts for People with ASD

"Mark, Would you have any advice re: how to control anger when you have AS ?" 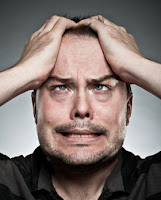 Some men with ASD level one [Asperger’s] have significant anger-control issues. Anger may be a common reaction experienced when coming to terms with problems in relationships, employment, and other areas in life affected by ASD.

Sometimes there is an ‘on-off’ quality to the anger in which the individual is calm minutes later after an outburst – sometimes leaving his partner in shock. She may feel hurt or stunned for hours, if not days, afterward. NT partners often struggle to understand such angry outbursts, with resentment often building up over time.

In some cases, the man with ASD may not acknowledge he has anger-control issues, and will blame his partner for provoking him. Again, this can create major conflict within the relationship.

Some common causes of angry outbursts in people on the spectrum include:

Identifying the cause of anger can be a challenge.  It is important to consider all possible influences relating to:

Steps to successful self-management of angry outbursts include the following:

1. Plan ways to become distracted from the stressful situation (e.g., carry your cell phone and play a game on it).

2. Focus on self-awareness. This is where you become more aware of your personal thoughts, behaviors and physical states which are associated with acting-out in anger. This awareness is important because it helps you to notice the early signs of becoming upset. Write down a list of mental and physical changes you notice as you begin to get mad.

4. Keep a record. As you become more aware of situations associated with angry outbursts, you can keep a record of events, triggers and associated levels of anger. Explore the different levels of anger (e.g. slightly annoyed, frustrated, highly irritated, royally pissed, feelings of rage, and so on). In your record of situations that trigger anger, list the situation, the level of anger on a scale of 1 to 10, and the coping strategies that help you overcome or reduce angry feelings.

5. Explain to your partner how she can be of help to solve the problem in question.

6. What’s the big goal? Identify why you would like to manage your anger more successfully. Identify what benefits you expect in everyday living from improving your anger-control skills.

7. Avoid situations which are associated with a high-risk of getting you upset.

8. Get feedback. Ask other people who know you well to describe situations and behaviors they have noticed that seem to trigger your anger.

10. Try meditation. Most people won’t even consider this one, but I know of many people who have found more benefit in this technique than any other – by far. When a stressful situation arises - with practice - you can immediately "train" your mind to focus on a pleasant and calming memory or image, rather than hyper-focusing on the current problem.