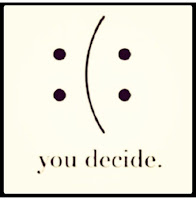 Tips for Dealing with Judgmental "Neurotypicals"

Are you an individual with Asperger's (high-functioning autism)? Then you have probably been on the receiving end of criticism, stereotyping, judgmentalism, and even discrimination. Here are some tips for dealing with judgmental people:

I am no longer a teen, however I would like to share a bit of wisdom that I have accumulated that has really helped me - and maybe one of you - to successfully integrate both socially and professionally.

When i was a young child, I often did not understand simple things like when I was the butt of a joke, or when I should or should not say the things that crossed my mind, etc. At some point I decided to study my peers and there interactions with each other the way somebody might study a foreign language. Honestly that's a pretty accurate comparison for me.

Although I internally still miss the social mark, outwardly I've gotten so good at decoding body language that i can often predict social outcomes before others even realize they are developing.

Although I still have a difficult time relating to others' feelings, now it's just a matter of cause and effect. I became one of the popular kids in high school, and now have a successful career.

Hope that maybe looking at things from a different point of view may help in some small way.
No comments:

Reasons To Get A Diagnosis: Tips For People Who Think They “Might” Have Aspergers

=> Skype Counseling for Struggling Individuals & Couples Affected by Asperger's and HFA
No comments: