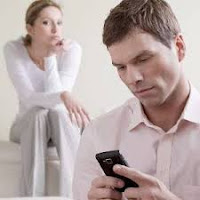 The problem that some NT women encounter with their ASD (autism spectrum disorder) spouse is that they find themselves raising an adult child rather than being in an equal relationship with a mutually-responsive partner.

What has happened in many (not all) cases is the result of the following scenario (or scenarios similar to this):

As a child, the ASD individual struggled in general, as many kids on the autism spectrum do. This hypothetical child was perhaps bullied at school, had few if any friends, was anxious about many things, and experienced meltdowns and shutdowns from time to time. He may have struggled in school academically and socially. And in too many cases, this child was ostracized from his peer group.

Long story short, the parents (who had good intentions) frequently made special accommodations for their “special needs” child. For example, allowing endless hours of video game-play, perhaps working with the schools to set up a deal where the child didn’t have to do homework, overlooking certain misbehavior in order to "keep the peace," and avoid meltdowns, etc. As an older teenager, this individual was still more concerned about isolating and playing video games than finding a part-time job.

He may have gone on to college, but after only one semester, he returned home and resumed life as a child due to the fact that he has very few emotional muscles to function out in the real world. This is the result of the parents’ over-assistance throughout the years. In many cases, this individual has lived with mom and dad well into his 20's, and even 30's.

Then when he does get in a romantic relationship, he is used to being "child-like" on multiple levels. In the early stages of the relationship, the woman may be OK with that, and may even view it as a somewhat charming trait. But she soon comes to realize that she is taking on the lion’s share of responsibility - financially, emotionally, with chores around the house, etc. In many cases, the man seems indifferent to his partner’s concerns in this area.
==> Living With Aspergers: Help for Couples

The ASD man is often so engulfed in his special interest, that the girlfriend or wife begins to feel like she is basically just living with him, but not in a mutually-responsive relationship. Over time, this creates a lot of hurt, confusion, and even resentment in the woman.

It is true that people on the spectrum are emotionally immature compared to their peer group. For example, a man may be 35-years-old, but emotionally more like a 14-year-old. After all, autism is a "developmental" disorder. Their chronological age never matches up with their emotional age no matter how old the individual is. And of course, this creates problems in the relationship with his NT partner because she wants a relationship with someone who takes equal responsibility. I have heard many NT women claim that, for example, if she has two kids and one husband, she feels like she’s raising three kids.

As one wife stated: “My soul has withered living in an NT-AS marriage for 24 years. I am drained of all life from within. I am exhausted (to say the least) from trying to figure out my husband, from being the social-interpreter for him (because he can be clueless here), from constantly protecting him from everyone who misunderstands his communications and facial expressions, from coaching him for 'normal' (neurotypical) behavior and interactions. I was literally losing my mind. It is somewhat a relief to know that experiences like mine are documented and studied and that help is available.”

This is a perfect example of the wife assuming a care-taking role. Of course, this is not the case with every man on the autism spectrum in a romantic relationship. But this scenario does play out quite often (or ones similar to this).