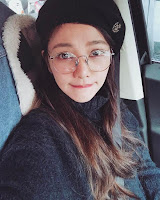 High-Functioning Autism (HFA) is a neuro-developmental disorder characterized by difficulties with social reciprocity, flexibility, sensory processing, and social communication. People with HFA and Asperger’s (AS) are at risk of a range of emotional, occupational, economic, behavioral, and social problems.

The timely identification of the disorder can lessen some of these risks and improve quality of life (e.g., by reducing self-criticism, making others less judgmental of the person with the disorder, increasing access to services, helping to foster a positive sense of identity, and by identifying needs and appropriate interventions).

Compared to men, women are at considerably elevated risk of their HFA or AS going un-diagnosed, and in some cases, their problems are mislabeled or missed entirely. Many women who, if expertly assessed, would meet the full diagnostic criteria for the disorder, never receive a diagnosis and the help that can comes with it.

Even when women with HFA or AS are identified, they receive their diagnosis - and the associated support - later than men with the disorder. Also, compared to men, women require more severe symptoms and greater cognitive and behavioral difficulties to meet the criteria for the disorder. This gender bias has critical consequences for the health and well-being of these females – both young and old.

One explanation of the bias against women on the autism spectrum is that there is a female “phenotype” (i.e., a set of observable traits of an individual, or a female-specific presentation of strengths and deficits associated with the disorder) that fits poorly with the current, male-based ideas of HFA and AS.

There is emerging evidence to support the existence of this female phenotype. For example:

Further research is greatly needed so that we can fully understand: (a) the nature of the female phenotype; (b) how it impacts upon the risk of females with HFA or AS going unrecognized; (c) how the female phenotype influences their experiences of diagnosis, misdiagnosis, and missed diagnosis; and (d) how late-diagnosed females adapt in response to the challenges they must contend with.