Undiagnosed ASD Leads to Life as an Outsider

Seeking a Diagnosis of Asperger's: How to Prepare for an Assessment 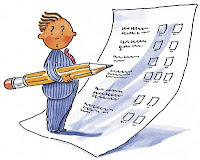 You or your partner/spouse believe you may have Asperger’s, and you want to get an assessment from a diagnostician to see. So, what can you do to prepare for an appointment?

Here is some information to help you get ready for a doctor’s visit:

1.    Bring a few notes of any observations from other important people in your life that know you well (e.g., relatives, teachers, employer, etc.).

2.    Bring your partner/spouse or a friend with you to the appointment to help you remember information – and for emotional support.

3.    Make a list of any medications (including vitamins, herbs, and over-the-counter medicines) that you are taking – and their dosages.

4.    Make a list of questions to ask the diagnostician in order to make the most of your time.

5.    Don't hesitate to ask other questions that you may think of during your appointment.

6.    Write a brief description of how you interact with your partner/spouse, your children, friends, coworkers, etc.

7.    Have a list of questions to ask the diagnostician, for example:

Be prepared to answer some questions during the assessment. The diagnostician is likely to inquire about a number of things. Be ready to answer them to reserve time to go over any points you may want to focus on. He or she may ask:

Asperger’s is a disorder related to brain development that impacts how you perceive and socialize with others. People with the disorder often have problems in social interaction and communication. The disorder also includes limited and repetitive patterns of behavior. By seeking outside assistance with any problems related to the symptoms of the disorder, you should be able to function as well as anyone – with or without the disorder.

Men with ASD Who Are Highly Sexual - But Lack "Emotional Intimacy"

"Do you have any tips for dealing with a partner with Asperger who has a higher than average desire for physical intimacy and sex - and no problems with touch etc., but who doesn't understand the link between emotional and physical intimacy?"

One of the biggest differences between NT woman and Asperger's men (who are highly sexual) is the fact that they experiences sex as a valid physical need. Just as a person's body tells her when she is hungry, thirsty, or tired, your partner's body tells him when he needs a sexual release. His sexual desire is impacted by what's around him, but is ultimately determined by biological factors (e.g., the presence of testosterone).

The same would be true for most men, whether or not they have Asperger's. But, men with the disorder may come across as particularly cold or emotionally distant due to their deficit in reciprocity (more on that topic can be found here).

The best way for you to understand this issue is to relate it to another physiological need. When a woman has a baby, she may have experienced breast milk building-up in her breasts a few days after giving birth. The build-up of milk can be irritating - and even painful - until the milk is discharged. She may have even had the uncomfortable experience of leaking milk when it was not discharged.

The man's semen build-up is sometimes released through night-time emissions if it is not otherwise discharged. Just as with breast milk, sperm production keeps up with demand. The more often your partner has sex, the more semen his body will produce.

As a female, you don't experience the physiological drive for sex in this way. There is no build-up that demands discharge. Instead, hormonal fluctuations drive your sexuality. Your sexual hormones are largely determined by 2 factors: (a) the part of the brain called the hypothalamus, and (b) the female reproductive cycle (e.g., menstruation, ovulation, pregnancy, menopause, etc.).

Your sexual desire is far more connected to emotions than your partner's sex drive is. He is able to experience sexual arousal apart from any emotional attachment. For example, he may look at a naked woman and feel intense physical desire for her, but at the same time be completely devoted to - and in love with - you. For most females, this just doesn't make sense.

A basic difference in the wiring of male and female sexuality is that males can separate sex from a relationship - while for a females, the two are usually closely connected (i.e., your desire for sex is linked to an emotional or relational need).

Don't make the assumption that because sex is a physical need for your partner, it doesn't have an emotional or relational impact. This is simply not true. His sexuality has a tremendous impact on his emotional and spiritual well-being.

•    Anonymous said… This helps so much. My sex drive is pretty high, but his never seems to come off it’s peak. This makes so much sense now. Thank you
•    Anonymous said… Totally this. Kind of a relief to see
•    Anonymous said… No intimacy for over 2 years now. It would be nice to have had at least a middle ground instead of complete lack of it.
•    Anonymous said… This is MY experience. Every time I try to get help for it those who have no physical intimacy comment. It’s not v nice the other side either and it does exist and it’s validating just to have an article that says this. But I agree it doesn’t give any advice and does seem to justify it which is a shame.
•    Anonymous said… My guy is almost like this... but he is able to hug, kiss me etc
•    Anonymous said… No physical intimacy for 7.5 years.he switched it off when our child was born. I called him out recently and sggested that i was easy to switch off as the feelings he portrayed for me before our child was born were never really there in the first place. He agreed! All very sad but at least i no longer blame myself for not being thin/attractive enough/possible affairs/ homosexuality / narcassism on his part anymore. I am a means to an end for him and always was.
•    Anonymous said… total relate to this article
•    Anonymous said… I’d wonder about their porn use and an actual sexual dysfunction. Porn induced erectile dysfunction is rampant in men these days. Pornography use isn’t helpful at all. It’s likely hindering intimacy.
•    Anonymous said… My ex who had aspergers was asexual. I’m sure either way it’s hard but I was so frustrated.
•    Anonymous said… I've been wondering myself lately if my sex drive is affected by my diagnosis or not. I havent noticed any issues with understanding or showing intimacy with my past relationships. (I enjoy simple things like cuddling and holding someone very much)
•    Anonymous said… I'v managed to determine that ladies that wanna actually bang are never going to want to be with me, and that "getting ladies to wanna bang by winning their hearts first" is a hopeless case, as they always have No Interest in me....

What to Do When Your NT Partner Believes You’re a Grump: 4 Tips for Spouses with ASD

If you are a true “grump,” then you probably have a hard time seeing yourself for who you really are. You may find it a lot easier to blame your partner for his or her discontent than look in the mirror. And without a precise self-perception, you may never see the need to change, which will eventually doom you to a lot less peace and joy than you could have in the relationship.

Obviously, I don’t know your exact situation, but I do know this: If you have Asperger’s, you’re probably grumpy and sarcastic at least once in a while. And if you want The Mirroring Rule to work for you rather than against you, you can’t afford to be a grump.

Here are a few ideas on how to “fix” this problem...

1. Ask yourself these questions:

If you’re a grump, say so.  You’ll can’t change what you refuse to recognize. Accept the fact that your grumpiness not only damages your relationship, it also gets in the way of almost everything you really desire in life. Obviously, it’s not always easy to see yourself as clearly as you should, but you can do some self-reflection, and you can ask your partner to point out those episodes where you get the label “grumpy.”

Recruit your man or woman as “a partner in problem-solving.” Tell him or her that you’re working on being more cheerful.  Tell your partner you’d appreciate his or her feedback. Ask him/her what you should start doing, stop doing, and continue doing to be more successful. Do this every few weeks, and you’ll be surprised at how fast you move ahead.

3. Discover what your triggers are that move you toward negativity, for example:

Then, when these triggers occur, it’s time for you to step back, collect yourself, take a deep breath, and bite your tongue.

4. Avoid negative people as much as possible:

Surround yourself with positive family members, friends, and colleagues. All of us are very susceptible individuals, and we tend to absorb the qualities of others to a large extent. Thus, find people who have positive attitudes and visibly cheerful behaviors.  You’ll become more like them and less like the grump you are accused of being.