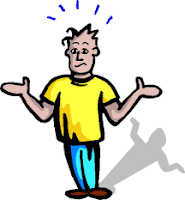 People on the autism spectrum think their world is more logical then NT’s. They have to adjust to NT’s “strange” way of relating to each other and ways of communication. It’s very hard for them to adjust to something so far off from logic. Most of the time, they are truly unable to do so.
==> Living With Aspergers: Help for Couples

In a way, you can say that people with AS and HFA have an overly-developed rational brain, and an under-developed social brain.
==> Living With Aspergers: Help for Couples


The NT world is actually perfectly logical, if you can accept that communication is not just I say something and you hear it. It is actually even more logical, like chess -- If I say this, you will hear it as this, so I should adjust and say this, so you will hear it better as this, and then you will react in this fashion, so I will feel this way... It's a dysfunction that they are blaming on other people. What aspies should be taught to understand is that complexity is a further exercise in logic. Understanding context and emotion and action-reaction are skills that underpin most normal human interaction, and if lacking in such skill, that's a dysfunction or underdevelopment of empathy.