Traits that Some Women Find Attractive in Men with ASD

Men with ASD (high functioning autism) have many qualities that can be attractive to a prospective partner: 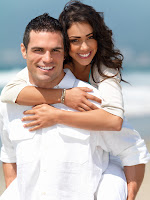 • A lot of men on the autism spectrum seem to really see women for who they are, not being drawn into the cultural limitations that women must fit a certain mold.

• An appealing factor for the woman might be the fact that her ASD partner is not the “macho type” and doesn’t wish to spend time with other men at sporting events or drinking alcohol.

• I have had many women describe to me how their ASD partner resembled their father. Having a parent with the signs of autism may have contributed to their choice of partner as an adult.


• Many women describe their first impressions of their partner as being kind, attentive, and socially or emotionally immature (the “silent, handsome stranger”).

• Often the partner on the spectrum is more reliable, honest and steady. As a result, there’s usually much less “game playing.”

• Physical characteristics and attentiveness can be important, especially if the woman has doubts regarding her own self-esteem and physical attractiveness.

• The ASD partner can be admired for speaking his mind, even if the comments may be perceived as offensive by others, due to his strong sense of social justice and clear moral beliefs.

• The attractiveness of a person with an autism spectrum disorder in a prospective relationship can be enhanced by intellectual ability, career prospects, and degree of attentiveness during courtship. Sometimes, however, this attentiveness could be perceived by others as almost obsessive, and the words and actions appear to have been learned from watching and rehearsing lines from a romantic movie.

• The intellectual depth of an ASD man can be very appealing as well.

• The man’s lack of social and conversational skills can lead to his being perceived as the “silent stranger” whose social naivety can be transformed by a partner who is a natural expert on empathy and socializing.

• The person on the spectrum can be a late-bloomer in terms of relationship experiences, which also can be an attractive feature.

• Lastly, there may be no previous relationship “baggage.”