Can an adult with high functioning autism [ASD level 1] have a meltdown just like a child with the same disorder?

The answer is ‘yes’ – but the adult’s meltdown-behavior looks a bit different than a child’s. Under severe enough stress, any normally calm and collected individual may become “out-of-control” – even to the point of violence. But some individuals experience repeated meltdowns in which tension mounts until there is an explosive release.


The adult version of a meltdown may include any of the following (just to name a few): 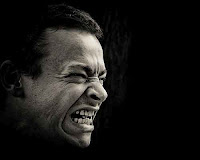 Meltdowns, usually lasting 5 to 20 minutes, may occur in clusters or be separated by weeks or months in which the ASD adult maintains his/her composure. Meltdown episodes may be preceded or accompanied by:

A number of factors increase the likelihood of experiencing a meltdown:

ASD adults who experience meltdowns are often perceived by others as “always being angry.” Other complications may include job loss, school suspension, divorce, auto accidents, and even incarceration.

If you're concerned because you're having repeated meltdowns, talk with your doctor or make an appointment with someone who specializes in treating adults on the spectrum (e.g., a psychiatrist, psychologist, social worker, etc.).

Here's how to prepare for an appointment with a professional:

There's no one treatment that's best for adults with autism who experience meltdowns. Treatment generally includes medication and individual or group therapy. Individual or group therapy sessions can be very helpful. A commonly used type of therapy, cognitive behavioral therapy, helps these people identify which situations or behaviors may trigger a meltdown.
In addition, this type of therapy teaches them how to manage their anger and control their typically inappropriate response using relaxation techniques. Cognitive behavioral therapy that combines cognitive restructuring, coping skills training, and relaxation training has the most promising results.

Unfortunately, many adults on the spectrum who experience meltdowns don't seek treatment. If you're involved in a relationship with an autistic person, it's important that you take steps to protect yourself and your kids. Any emotional and/or physical abuse that may be occurring is not your fault.  If you see that a situation is escalating, and you suspect your partner may be on the verge of a meltdown, try to safely remove yourself and your kids from the area.
==> Online Group Therapy for Couples and Individuals Affected by Autism Spectrum Disorder
==> Living With Aspergers: Help for Couples

==> Skype Counseling for Struggling Couples Affected by Asperger's and HFA
==> Videos to help you understand your partner on the autism spectrum...