“When I speak to my husband (with ASD level 1), he often offers no response at all. Whether I’m just making chit chat, or asking a question, I ALWAYS have to repeat myself because he’s not listening. Is this a common issue for others in an NT/AS relationship? Any tips on how to get him to pay more attention to what I’m saying (at least a little bit)?” 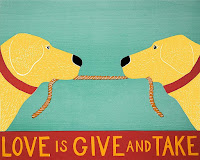 A significant issue for people with ASD [high-functioning autism] is a lack of “social or emotional reciprocity” (e.g., inappropriate or limited responses to others, limited offers of comfort shown towards others).

While neurotypical people (i.e., non-autistic) are attentive to others, people with AS often exhibit difficulty engaging in social interactions for a number of reasons (e.g., being highly focused on their current activity or thought, attention deficits, being overwhelmed by environmental-sensory stimuli, etc.) Many researchers consider “social-interaction deficits” to be the core deficit of ASD.

Impairments in social interaction associated with ASD often include:

As one NT wife stated: "We don't play 'conversational Ping Pong'. I do the 'ping' - then I have to run down to the other end of the table and do the 'pong' too. I'm basically in a conversation with myself."

In order to help people with ASD to better connect and collaborate with others, social skills may need to be taught. Unlike “typically developing” individuals, these skills do not develop instinctively with autism.
==> Living With Aspergers: Help for Couples

There are many techniques to work around this “social-reciprocity-deficit,” and a good place to start may be  balanced turn-taking. Yes, this may seem like such a juvenile exercise in light of the fact that you (the NT spouse) and working with a grown-up. But again, social reciprocity does not come naturally to people with this developmental disorder.

Balanced turn-taking entails the individual with ASD and - in this case - his NT spouse participating in a balanced, back and forth interaction to increase the length of attention and engagement. If your husband is willing to try this, you can literally role-play some give-and-take conversation skills.

You will want to use open-ended questions to avoid one-word responses. These questions can’t be answered with a simple 'yes' or 'no', and instead require your husband to elaborate on his points. Open-ended questions help you see things from his perspective as you get feedback in his own words instead of stock answers.

For example, you can ask your husband some of the questions below, then you answer the same question per your experience (or you start first, then he takes his turn). Some of the following are simply “fill in the blank” statements.

NOTE: Some husbands on the spectrum will feel like this is a childish exercise - and may even be offended by the idea. But if your husband recognizes that there is a real problem with his back-and-forth conversation style, it would be good to practice this on a daily basis for about 10 minutes:

* Use your imagination to come up with additional questions and fill-in-the blank statements as those listed above. Make a game out of it!

If your ASD husband is up for a little social-skills training, then by all means, try this! It will work for some, and not so much for others. Some NTs have reported that this exercise was a real game-changer in the relationship (because they were finally having a few moments of "quality" time). Others have said it worked moderately well, but was still interesting and better than nothing. And some have stated "there is no way in hell I'm even going to try this."
As one NT wife stated: "My husband of 33 years does this to me too. I've learned to actually make eye contact with him to make sure he hears me. I always start of the conversation with "I need to talk to you about..." or I'll say "I think we need to spend some quality time together"? I always make sure that I have eye contact with him. I also make sure he looks at me too. Hope that helps."