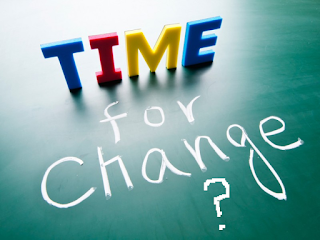 “I’ve been reading a lot on this site. I have to ask, why does it seem that men with Asperger syndrome are so unwilling to change or compromise in their relationships?”

Well, there are two kinds of obstacles that hinder change – those that are outside of you (e.g., the environment), and those that are inside (e.g., anxiety).

Some of the common reasons that people on the autism spectrum don’t – or won’t – change include the following:

1.  Not cooperating is less painful than trying to cooperate (the path of least resistance). In many cases, people with Asperger’s (AS) or High-Functioning Autism have legitimately tried to “please” their neurotypical partner – but to them, it seems that “no matter how hard I try, it’s never good enough” (a direct quote I hear often from married men with AS). So, in their way of thinking, “no attempt at change” is not as bad as “a botched attempt at change” (this is usually a self-esteem problem due to repeated “social blunders”).

2.  Their environment is holding them back (largely a sensory-sensitivity problem - as well as a social-skills deficit issue when relating to others around them at home, work, etc.).

3.  Their NT partner or spouse has not set relationship-boundaries (i.e., what is - and is not - acceptable) that are attainable and understandable for the person with AS (e.g., when bringing up a critical issue, the NT has had a poor delivery, bad timing, wording things in ways that increase anxiety, etc.).

4.  Partners with AS have problems with their own mistakes (i.e., they tend to be perfectionistic and OCD in certain areas - and hate feeling like a “failure”). In other words, if they try something new, and it doesn’t yield the desired results QUICKLY, they give up easily and view the attempt as “a total catastrophe” (i.e., classic black-and-white thinking that is common in Asperger’s).

5.  They lack confidence that they will be successful with something outside their comfort zone (mostly an anxiety issue). Change is scary to them. Doing things for the first time or stepping into the unknown can be overwhelming.

6.  They simply don’t want to change, because they don’t see any need for it (often a mind-blindness issue). If they don’t really want to make the change deep down, then it will be very hard to go the distance. And once their mind has decided on a particular course or action (or inaction, in this case) - they are immovable!

7.  In those cases where they actually are open to change, they don’t know how to do it in a practical sense (largely an executive-function deficit issues).

Above, I have mentioned (directly or indirectly) the following issues (click on the issue for more information):