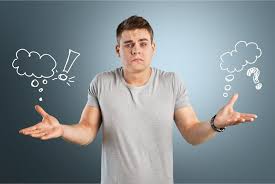 Your Asperger's or high-functioning autistic partner has a neuro-cognitive disorder that affects many areas of functioning. This includes a difficulty with the basic understanding of the hidden (i.e., unspoken) rules of social behavior – especially if they are not obvious. Life has many of these rules. Some are written, some are spoken, and some are learned through observation and intuition (and intuition is not a strong point for people on the autism spectrum).

In trying to understand how the social world works, your AS or HFA partner will try to make sense of your explanations, but sometimes is not able to do this. As a result, your efforts at trying to “fix” the relationship difficulties will often fall short. This occurs because your “reasoning” has no meaning. He can usually only understand things for which he has a frame of reference (i.e., a picture or idea about this from other sources or from prior discussions).

For example, your partner is not able to sit in a room, observe what is happening, and understand social cues, implied directions, or how to "read between the lines." Instead, he learns facts. He does not "take in" what is happening around him that involves the rest of the social world, only what directly impacts him. And you have probably had the thought that he is “overly-logical,” only living in his head with few true expressions coming from the heart.

Many of the conversations you have had with your AS partner or spouse have generally been about knowledge and facts – not about feelings, opinions, and interactions. This occurs because he does not really know how the social world works and what one is supposed to do in various situations. This can apply to even the smallest situations you might take for granted. Not knowing the unspoken rules of situations causes anxiety and confusion. This leads to many of the behavioral issues that appear as he tries to impose his own sense of order on a “mysterious” world he doesn't fully understand.

Thus, your partner creates his own set of rules for everyday functioning to keep things from changing - and thereby minimize his anxiety. Sometimes, he may even make up some rules when it is convenient. Other times, he may attempt to make them up by looking for patterns, rules, or the logic of a situation to make it less chaotic for him and more predictable and understandable.

If there are no rules for an event or situation, he may create them from his own experiences based on what he has read, seen, or heard. He will usually have a great deal of information to use in reaching his conclusions and forming his opinions. As a result, some of his conclusions are correct - and some are incorrect. And we will likely argue with you until the cows come home if you disagree with him or have a different point of view.

He will rarely consider your point of view if he does not consider you to be an "expert." The more he views you as an illogical and overly-emotional “amateur” on the topic in question – the more stubbornness you will see. He will argue with you about your opinions if different from his own, because he views his truth as THE truth!

He thinks that his opinion is as good as yours, so he chooses his. This represents his rigid thinking. He finds it difficult to be flexible and consider alternate views, especially if he has already reached a conclusion. New ideas can be difficult to accept ("I'd rather do it the way I've always done it"). Being forced to think differently causes a lot of anxiety. And the more anxious he becomes, the more he tries to squelch this uncomfortable emotion by “resisting change” even more – sometimes resulting in a meltdown or shutdown.

NOTE: The above statements are in no way intended to be criticisms, rather to simply explain why it is often difficult for NT spouses/partners to work on the relationship problems. Living in - and trying to cope with - a very confusing social world of results in rigid behavior that can look like insensitivity, narcissism,  and even cruel disregard for others.