“Fair Fighting” in the Neuro-diverse Marriage 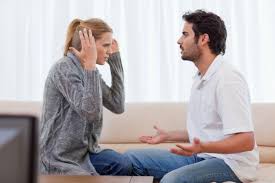 Disagreements and arguments are a normal part of any relationship. It’s HOW a couple argues. A bad argument can turn a little problem into a big one, and a disagreement that seems silly and unimportant can become emotionally charged and painful. This is where fair fighting rules come in.

These rules don't tell us NOT to argue; instead, they teach us “how to argue safely” without damaging our relationships. They tell us what's okay, and what's crossing the line in an argument today.

1.    Always take turns speaking. This one is a lot more challenging than it sounds. When you're in a serious discussion - and you really want to be heard - it can be tempting to sit there and think about what you want to say rather than listening. This usually leads to one person dominating the conversation. If you're having trouble following this rule, try setting a timer and allowing each person one minute to speak. When the speaker finishes, the listener should briefly summarize what was just said BEFORE taking his or her own minute. Keep taking turns in this way until it's no longer necessary.

2.    Ask yourself why you feel upset. Are you actually angry that your partner left ketchup out on the counter, or is it really something bigger? If you bring up the ketchup when the problem is really about housework, you're both going to be disappointed with the outcome, and your partner is going to wonder why you're so upset about something so small as ketchup. What is “the real issue” in question?

3.    Degrading language is never okay. That means no put downs, no swearing at the other person, no name-calling. By using degrading language, you're telling your partner that he or she - as a person - is not okay.

4.    Express your feelings using words - and take responsibility for your feelings. If you aren't sure how to express yourself, try using this sentence: “I feel _____ when _____.” The first blank should be an emotion word (e.g., frustrated, hurt). The second blank should be a specific situation or problem. So, for example, “I felt worried when you didn't return my phone call.” By expressing your emotions verbally, your partner is more likely to empathize with you and to understand your point of view. If your ASD partner has alexithymia (i.e., emotions blindness), then simply speak in terms of what you NEED rather than how you FEEL (e.g., “I need you to return my calls so I don’t have to wonder whether or not you’re O.K.”).

5.    If you're finding that any of the rules are being broken, or that things are just getting too heated, take a timeout. Spend 15 to 30 minutes apart doing something relaxing to calm down and collect your thoughts. Then, when the time is up, come right back to the discussion. Anyone can call a timeout at any time. Just be careful that timeouts aren't being used as a form of stonewalling or a shutdown. Their goal is to take 15 to 30 minutes just so things can calm down a bit. Then come right back to the conversation.

6.    No stonewalling. This is when someone refuses to engage in the discussion. Usually, someone will do this when they feel anxious about a conversation, and they'd rather avoid it. This isn't usually intended to hurt the other person – it's more like a defense mechanism. However, when someone stonewalls, the problem goes unresolved.

7.    No yelling! You might feel that you need to yell until your partner gives in, but no one's better off for it. The problem goes unresolved, and now everyone's unhappy. Yelling usually doesn't come from nowhere. Try to catch yourself while your voice is starting to rise, rather than waiting until you're shouting.

8.    Some couples have the tendency of unpacking their whole history during arguments. By the end, they're asking themselves, “Why are we even talking about this? How did we get here?” By discussing too many issues at once, the original problem gets buried - and nothing gets solved. This doesn't mean that multiple issues can't be important. But we can only focus our full attention on one thing at a time.

Your arguments will become less painful and more manageable if you follow the tips above.