Is Your Partner or Spouse on the Autism Spectrum? - Comprehensive List of Traits Associated with ASD 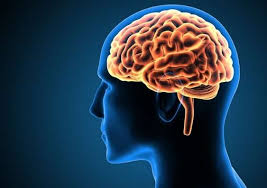 You think your partner or spouse may have autism? This comprehensive list will give you a better clue. Here you will find the majority of symptoms associated with autism spectrum disorder (ASD) – level 1. The individual will not usually have ALL of these traits, however:


1.    An awkward gait when walking or running
2.    Anxiety
3.    Averts eye contact, or keeps it fleeting or limited
4.    Avoids eye contact altogether
5.    Benefits from schedules, signs, cue cards
6.    Can only focus on one way to solve a problem, though this solution may be ineffective
7.    Can recognize smells before others
8.    Can’t allow foods to touch each other on the plate
9.    Can't extend the allotted time for an activity; activities must start and end at the times specified
10.    Carries a specific object
11.    Complains of a small amount of wetness (e.g., from the water fountain, a small spill)
12.    Complains of clothing feeling like sandpaper
13.    Compromises interactions by rigidity, inability to shift attention or “go with the flow,” being rule bound
14.    Confronts another person without changing her face or voice
15.    Continues to engage in an ineffective behavior rather than thinking of alternatives 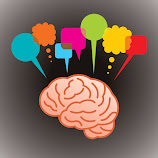 87.    Does not inquire about others when conversing
88.    Does not make conversations reciprocal (i.e., has great difficulty with the back-and-forth aspect), attempts to control the language exchange, may leave a conversation before it is concluded
89.    Does not observe personal space (is too close or too far)
90.    Does not respond to temperature appropriately
91.    Does not turn to face the person he is talking to
92.    Does not use gestures/body language when communicating
93.    Easily activated gag/vomit reflex
94.    Emotional responses out of proportion to the situation, emotional responses that are more intense and tend to be negative (e.g., glass half-empty)
95.    Engages in competing behaviors (e.g., vocalizations, noises, plays with an object, sits incorrectly, looks in wrong direction)
96.    Engages in intense staring
97.    Engages in obsessive questioning or talking in one area, lacks interest in the topics of others
98.    Engages in repetitive/stereotypical behaviors
99.    Engages in self-stimulatory behaviors (e.g., hand movements, facial grimaces)
100.    Engages in self-stimulatory or odd behaviors (rocking, tics, finger posturing, eye blinking, noises — humming/clicking/talking to self)

101.    Excellent rote memory
102.    Fails to assist someone with an obvious need for help (not holding a door for someone carrying many items or assisting someone who falls or drops their belongings)
103.    Fails to inquire regarding others
104.    Failure to follow rules and routines results in behavioral difficulties

105.    Fearful of the sounds particular objects make (e.g., vacuum, blender)
106.    Feels need to complete projects in one sitting, has difficulty with projects completed over time
107.    Few interests, but those present are unusual and treated as obsessions
108.    Finds some smells so overpowering or unpleasant that he becomes nauseated
109.    Focuses conversations on one narrow topic, with too many details given, or moves from one seemingly unrelated topic to the next
110.    Focuses on special interests
111.    Frustration if writing samples are not perfectly identical to the presented model
112.    Has a large vocabulary consisting mainly of nouns and verbs
113.    Has a set routine for how activities are to be done
114.    Has a voice pattern that is often described as robotic
115.    Has an extensive fund of factual information
116.    Has an unusual pencil/pen grasp
117.    Has developed narrow and specific interests; the interests tend to be atypical (note: this gives a feeling of competence and order; involvement with the area of special interest becomes all-consuming)
118.    Has difficulty shifting from one channel to another; processing is slow and easily interrupted by any environmental stimulation (i.e., seen as difficulty with topic maintenance). This will appear as distractibility or inattentiveness

119.    Has difficulty with feelings of empathy for others. Interactions with others remain on one level, with one message
120.    Has rules for most activities, which must be followed (this can be extended to all involved)
121.    Has specific strengths in cognitive areas
122.    Has tics or facial grimaces
123.    Has unusual fears
124.    Ignores an individual’s appearance of sadness, anger, boredom, etc.
125.    Impaired reading comprehension; word recognition is more advanced (e.g., difficulty understanding characters in stories, why they do or do not do something)
126.    Impairment in prosody
127.    Impairment in the pragmatic use of language
128.    Impairment in the processing of language
129.    Impairment in the semantic use of language
130.    Inability to prevent or lessen extreme behavioral reactions, inability to use coping or calming techniques
131.    Increase in perseverative/obsessive/rigid/ritualistic behaviors or preoccupation with area of special interest, engaging in nonsense talk
132.    Inflexible thinking, not learning from past mistakes (note: this is why consequences often appear ineffective)
133.    Insistence on Set Routines
134.    Interprets known words on a literal level (i.e., concrete thinking)
135.    Interrupts others
136.    Is not aware of the consequences of his “hurtful” behavior
137.    Is oversensitive to environmental stimulation (e.g., changes in light, sound, smell, location of objects)
138.    Is unable to accept environmental changes (e.g., must always go to the same restaurant, same vacation spot)
139.    Is unable to change the way he has been taught to complete a task

140.    Is unable to focus on group goals when he is a member of the group
141.    Is unable to make or understand jokes/teasing
142.    Is unable to select activities that are of interest to others (unaware or unconcerned that others do not share the same interest or level of interest, unable to compromise)
143.    Is unaware he can say something that will hurt someone's feelings or that an apology would make the person "feel better" (e.g., tells another person their story is boring)
144.    Is unaware of unspoken or “hidden” rules — may “tell” on peers, breaking the “code of silence” that exists. He will then be unaware why others are angry with him
145.    Is unaware that others have intentions or viewpoints different from his own; when engaging in off-topic conversation, does not realize the listener is having great difficulty following the conversation
146.    Is unaware that others have thoughts, beliefs, and desires that influence their behavior
147.    Is under-sensitive to environmental stimulation (e.g., changes in light, sound, smell, location of objects)
148.    Knows how to make a greeting, but has no idea how to continue the conversation; the next comment may be one that is totally irrelevant
149.    Lack of appreciation of social cues
150.    Lack of cognitive flexibility

155.    Lacks the ability to understand, attend to, maintain, or repair a conversational flow or exchange — this causes miscommunication and inappropriate responses (unable to use the back-and-forth aspect of communication)
156.    Laughs at something that is sad, asks questions that are too personal
157.    Limited or abnormal use of nonverbal communication
158.    Looks to the left or right of the person she is talking to
159.    Makes comments that may embarrass others
160.    Makes limited food choices
161.    Makes rude comments (tells someone they are fat, bald, old, have yellow teeth)
162.    Meltdowns (e.g., crying, aggression, property destruction, screaming)
163.    Must eat each individual food in its entirety before the next
164.    Narrow clothing preferences
165.    Narrow food preferences
166.    Narrow Range of Interests

167.    Needs to smell foods before eating them
168.    Needs to smell materials before using them
169.    Needs to touch foods before eating them
170.    Non-compliant behaviors
171.    Observes or stays on the periphery of a group rather than joining in
172.    Once a discussion begins, it is as if there is no “stop” button; must complete a predetermined dialogue
173.    Only sits in one specific chair or one specific location
174.    Overreacts to pain
175.    Patterns, routines, and rituals are evident and interfere with daily functioning
176.    Plays games or completes activities in a repetitive manner or makes own rules for them
177.    Poor balance
178.    Poor impulse control
179.    Prefers factual reading materials rather than fiction
180.    Prefers structured over non-structured activities
181.    Purposely withdraws to avoid noises

182.    Rarely varies the pitch, stress, rhythm, or melody of his speech. Does not realize this can convey meaning
183.    Responds with anger when he feels others are not following the rules, will discipline others or reprimand them for their actions
184.    Rigidity issues tied in with limited food preferences (e.g., this is the food he always has, it is always this brand, and it is always prepared and presented in this way)
185.    Rules are very important as the world is seen as black or white
186.    Rushes through fine motor tasks
187.    Shows a strong desire to control the environment
188.    Sits apart from others, avoids situations where involvement with others is expected
189.    Smiles when someone shares sad news
190.     Socially and emotionally inappropriate behaviors
191.    Stands too close or too far away from another person
192.    Stands too close to objects or people
193.    Stares intensely at people or objects
194.    Takes perfectionism to an extreme
195.    Talks on and on about a special interest while unaware that the other person is no longer paying attention, talks to someone who is obviously engaged in another activity, talks to someone who isn’t even there
196.    Touches, hugs, or kisses others without realizing that it is inappropriate
197.    Under-reacts to pain
198.    Unsure how to ask for help, make requests, or make comments
199.    Uses conversation to convey facts and information about special interests, rather than to convey thoughts, emotions, or feelings
200.    Uses facial expressions that do not match the emotion being expressed

201.    Uses gestures/body language, but in an unusual manner
202.    Uses language scripts or verbal rituals in conversation, often described as “nonsense talk” by others (scripts may be made up or taken from movies/books/TV)
203.    Uses the voice of a movie or cartoon character conversationally and is unaware that this is inappropriate
204.    Uses visual information as a “backup” (e.g., I have something to look at when I forget), especially when new information is presented
205.    Uses visual information as a prompt
206.    Uses visual information to help focus attention (e.g., I know what to look at)
207.    Uses visual information to make concepts more concrete
208.    Uses visual information to provide external organization and structure, replacing the person’s lack of internal structure (e.g., I know how it is done, I know the sequence)
209.    Uses words in a peculiar manner
210.    Views the world in black and white (e.g., admits to breaking a rule even when there is no chance of getting caught)
211.    Visual learning strength
212.    When processing language (which requires multiple channels working together), has difficulty regulating just one channel, difficulty discriminating between relevant and irrelevant information
213.    When questioned regarding what could be learned from another person's facial expression, says, “Nothing.” Faces do not provide him with information. Unable to read these “messages,” he is unable to respond to them
214.    Will only tolerate foods of a particular texture or color

Resources for couples affected by ASD: