Difficulties with "Theory of Mind" in People on the Autism Spectrum 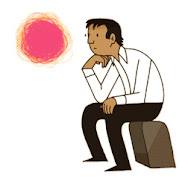 Research reveals that adults with ASD (High-Functioning Autism) appear to have trouble using theory of mind to make moral judgments in certain situations. Specifically, the study found that adults with autism spectrum disorder were more likely than neurotypical subjects to blame someone for accidentally causing harm to another person.
This shows that the judgments of people with ASD rely more on the outcome of the incident than on an understanding of the person’s intentions.

For example, in one scenario, James and a friend are snowmobiling in an area known for loose snow. The friend asks James if he should take an easterly route around a row of pine trees. James has just read that avoiding the west slope is the safest way to go, and so he tells his friend that it should be O.K. to head east.
The friend takes off in that direction and starts an avalanche which quickly overtakes him and buries him alive. In this scenario, the researchers found that adults on the spectrum are more likely than neurotypicals to blame James for his friend’s death – even though James believed the slope was harmless.

Most kids develop theory-of-mind ability around age 4 or 5, which can be demonstrated experimentally with “false-belief” tests. For example, a youngster is shown two dolls, “Jane” and “Barbara.” The experimenter puts on a skit in which Jane puts a marble in a basket and then leaves the scene. While Jane is away, Barbara moves the marble from the basket to a box. The experimenter asks the child where Jane will look for the marble when she returns.
Giving the correct answer (that Jane will look in the basket) requires an understanding that others have beliefs that may differ from our own knowledge of the world – and from reality. Previous studies have shown that kids with ASD develop this ability later than neurotypical kids.
==> Online Group Therapy for Couples and Individuals Affected by Autism Spectrum Disorder

Individuals with autism often develop compensatory mechanisms to deal with their difficulties in understanding the thoughts of others. The details of these mechanisms are unknown, but they allow the person with the disorder to function in society and to pass simple experimental tests (e.g., determining whether someone has committed a societal “faux pas”).
However, the scenarios used in the study were constructed in a way that there is no easy way to compensate for impaired theory of mind. The researchers tested 13 ASD adults and 13 non-ASD adults on about 50 scenarios similar to the snowmobiling example above.

On researcher used the same hypothetical scenarios to test the moral judgments of a group of patients with damage to the ventromedial prefrontal cortex (VMPC), a part of the prefrontal cortex (where planning, decision-making, and other complex cognitive tasks occur).
Those patients understand other people’s intentions, but they lack the emotional outrage that usually occurs in cases where someone tries (but fails) to harm someone else. For example, they would more easily forgive someone who offers mushrooms he believes to be poisonous to a friend, if the mushrooms turn out to be harmless.
==> Living With Aspergers: Help for Couples

While some ASD adults are unable to process mental-state information and understand that other people can have innocent intentions, the issue with VMPC patients is that they could understand information but did not respond emotionally to that information. Putting these two pieces together could help neuroscientists come up with a more thorough picture of how the brain constructs morality.

Previous studies have shown that theory of mind appears to be seated in a brain region called the right temporoparietal junction (TPJ). In ongoing studies, the researchers are studying whether ASD patients have irregular activity in the right TPJ while performing the moral judgment tasks used in the study.

•    Jumpygran …I recently said to my AS husband that I didn't like the trousers he was wearing, particularly as he was wearing a shirt which clashed with the colour. He bit my head off, saying "well you bought them". Yes I did buy them but I now dislike them! He always seems to respond to such comments with a "blame", rather than a simple "Oh, why is that?", or similar. He is unable to explain why he does this ie does he feel under attack. Any other NT had this?
•    Unknown…Oh yes. It is the blaming. My aspiring always has to find someone or something to blame. My husband would see saying what he chose to wear unacceptable as an attack. He can not take criticism of any kind. He either gets mad and attacks back or feels so bad about his discision(i think) and leaves the area discouraged. Whatever happens it is a lose,lose situation. I guess we can only pick our battles wisely.
•    Jack …Oh yes, you're never allowed to change your mind!
•    Sushin …So true! You can't change your mind, they just don't understand if you do. You loved that dress when you bought it 3 years ago, didn't you? How come you don't love it anymore? It's still the same dress! Now that I found out about A/S I can understand that my husband and I are just wired differently. So, instead of yelling at him trying to explain that I just changed my mind about it, which he never understood anyway, I smile and say: you'll never understand women, sweetheart! That makes him laugh... although he'll never understand how it is possible for me to hate something that I once loved! Things have improved a lot since I know about his condition, but some days things are still really hard. He finds me fussy, which I am not, and hard to please, which I am not either. And I have to be extremely careful about what I tell him, and how I tell him, because he often feels under attack.
•    Unknown …OMG - this totally makes sense. My 17 yo son with A/S blames people ALL the time, and is always tattling on people. Now I know why the symbol for ASD is a puzzle piece... trying to understand him is like trying to put together a puzzle. It's nice to have one more piece in place.