Why Do Some Adults with ASD Get Labeled as “Stubborn”?

"My ASH is a very controlling rigid person. Has to have things his way, or he meltdowns, in which case I have hell to pay. Help me understand this stubbornness please."
One frequently observed trait of ASD (high functioning autism) is inflexibility in thought and behavior. Inflexibility seems to pervade so many areas of the lives of people on the autism spectrum. As a result, many get labeled as “stubborn” by their significant others (e.g., family members, partners, spouses, co-workers, etc.).

Here are some of the reason why people with ASD may come across as stubborn: 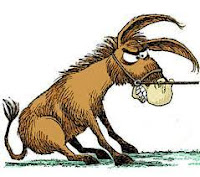 1. Some people with ASD can be moralistic (i.e., a self-righteous and inflexible adherence to nonnegotiable moral principles that is usually out of context with practical reality). An example might be the AS individual who criticizes his wife who has run a yellow traffic light when she is on the way to the emergency room for treatment of a burn or cut.

2. Novel situations often produce anxiety for these individuals. They may be uncomfortable with change in general, which can result in behavior that may be viewed as rude and insensitive.

3. Routines and rules are very important to people with Asperger’s in providing a sense of needed order and structure, and thus, predictability about the world. When routines or rules are disrupted, anxiety often follows.

4. People with ASD may have some fears in addition to those related to unexpected changes in schedules (e.g., large groups of people, complex open environments such as bus stations, an unexpected academic challenge, having too many things to remember or too many tasks to perform, etc.).  Such highly-stimulating situations tend to overwhelm these individuals.

5. Many people with ASD have sensory sensitivities, and therefore may refuse to do certain things or go certain places (e.g., refusing to go with his or her spouse to a family function in order to avoid the over-stimulation of a large group of a people – all talking at the same time).

==> Living With ASD: Help for Couples

More reasons behind perceived stubbornness may include:

“Facts” are what people with ASD learn and feel less anxious about. Since they have a hard time with all the normal rules of society, having strict rules and routines has a calming effect on them. Unfortunately, this coping strategy can be perceived by others as severe inflexibility.

Understanding what causes so much anxiety and inflexible behavior may help “neurotypical” partners and spouses to know where their "spectrumite" is coming from. In other words, his or her “stubbornness” can be viewed (at least some of the time) as a coping mechanism to reduce anxiety rather than willful and malicious conduct.

Why Your Partner with ASD is So Inflexible

Neurotypical individuals often don’t understand what their partners with Asperger’s (AS) or High-Functioning Autism (ASD level 1) are thinking, how they interpret what is going on, and how their deficits cause relationship problems.

In these cases, it’s best to collect information and analyze what’s going on (i.e., do an investigation). Without investigating the reasons behind the relationship difficulties, NTs may very likely do something that backfires. But, if they know what is really going on, they can make a positive change in how the relationship operates.

Ask yourself the following questions:


Realizing that people with AS and HFA will NOT be  good observers of their behavior is your first step. This is where you, the NT partner, may be able to provide some insight. Not knowing what to do results in anxiety that leads to the AS/HFA individual taking ineffective and inappropriate actions. Inflexibility is usually a result of this anxiety, which leads to difficulty moving on and letting go of an issue and "getting stuck" on something.


Understanding your AS or HFA partner involves knowing the autistic traits and how they manifest themselves in everyday situations. How does he/she see the world, think about matters, and react to what is going on?  Below are a few reasons that will help you understand why people on the autism spectrum act the way they do.


Never over-estimate your AS or HFA partner’s understanding of a situation because of his “high intellectual” capability or his/her other strong points. People on the spectrum often need a road map and a set of instructions, one example at a time.

ASD Traits That Contribute to Relationship Difficulties in Adulthood

We took a poll of 86 women who are in relationships with men on the autism spectrum (level 1). The question was: “What is the #1 trait that your Asperger's partner or spouse exhibits that seems to be the most problematic to the relationship?” Here are their responses:

Help for Adults with Asperger's (high-functioning autism) and Their Partners/Spouses: