Husband Refuses To Go For an Assessment of ASD

"My husband has many, if not most, of the traits of autism spectrum. But he refuses to talk about it or go for a diagnosis. Instead, he says I’m just blaming him for our marriage problems. I’m about to the end of my rope. Any suggestions?"

If your husband’s symptoms are threatening your marriage, and he chooses to “protect” those symptoms rather than "manage" them, his priorities may not be conducive to a long-term relationship.
If his priorities remain the same, you need to decide whether or not this is the right relationship for you. Even if he does decide to get a diagnosis, you still need a strategy to resolve disagreements.

Research suggests that successful conflict resolution is crucial to an enduring marriage. You and your husband can disagree about issues, but make sure you are consistently able to settle conflicts before you go to bed at night.
==> Living With Aspergers: Help for Couples

I receive dozens of emails every week from wives who assert that their husbands are simply in denial.  The bottom line is this: Your husband has to make a choice about what he values most – (1) his marriage, or (2) refusing to seek a diagnosis.
If he values his relationship with you more than staying in refusal-mode, then he will go and see if he has this disorder. If he values staying in refusal-mode more than his marriage, then YOU will need to do some serious soul-searching to decide whether you’re going to stay in this relationship or not.

It is never too late for your husband to increase self-awareness in order to capitalize on strengths and work around areas of challenge. Knowing about ASD can give him an explanation, not an excuse, for why his life has taken the twists and turns that it has. What he does with this information is his business, but it is still very important information to have.

If your husband has ASD but doesn’t know, it affects him anyway. If he does know, he can minimize the negative impact and leverage the positive. Without the knowledge that he has Asperger’s, he may fill that void with other, more damaging explanations (e.g., failure, weird, disappointment, not living up to his potential, etc.).

Note: As you try to talk with your husband about this, be sure to discuss his strengths rather than just focusing on his weaknesses. ALL - I said all - adults on the spectrum have significant areas of strength. If you include a lot of the positive things you see in him (that may also be related to ASD), he may not feel “attacked,” thus rendering him a bit more open to the possibility of facing his fears by going for a diagnosis.

The Emotionally-Guarded Person with ASD 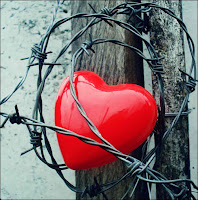 Anytime a person guards something, it’s because he or she wants to protect it.  Emotionally-guarded individuals are protecting themselves from getting hurt. But relationships of depth require vulnerability – and vulnerability signifies the risk of getting hurt.

Emotionally-guarded people raise their shields to protect against exposing their vulnerabilities.  They are afraid that by dropping their shield, they will be humiliated.
They are guarding against emotional intimacy, but a relationship can’t be sustained without emotional intimacy. This is a true dilemma for many adults with Asperger’s (AS) and High-Functioning Autism (HFA).

Intimacy requires feeling one’s insecurities and the painful emotions they produce.  All painful emotions are based in fear.  The fear of getting hurt or disgraced can sometimes take control of your life. So what can be done to avoid the risk of being hurt in a relationship? The answer: You can’t avoid the risk!
To avoid risk is to avoid relationship! If you protect yourself by being emotionally-guarded, you’re never going to find a satisfying relationship. Connecting with someone, deepening the relationship, bonding and falling in love is not a safe process, and it undeniably requires you to risk getting hurt.
==> Living With Aspergers: Help for Couples

Securing a relationship requires surrender. As intimidating as that sounds, surrender is also what makes the experience magical – and even life-transforming. Adults on the spectrum grow by challenging their fears – not by staying safe. You grow by taking risks, not by raising a shield. Two individuals get close to each other by virtue of risking themselves. So if you’re going to find a love relationship, you must risk your heart all over again.

But here’s an issue with many adults with ASD: They don’t feel good about themselves, so they never actually let anyone else in. They avoid confiding in another person. Thus, they never fully bond …never let anyone else really get to know them …and never deeply love. So the real issue here has more to do with “low self-esteem” than some kind of “social inability” to deeply connect with another person.

If you fear love relationships because you fear getting injured, you’ll approach relationships with a guarded heart. But you won’t be able to love, either. The only solution is to stop hiding and to allow someone else in. Work on having a more open heart.
But you don’t have to do this alone – it takes two people doing it together …two people opening up, revealing themselves, connecting and bonding …two people risking their hearts. In the end, relationships are about risking and bonding – not safety and protection. This doesn’t happen every day, but when it does – it’s powerful!

Your first course of action is to improve your self-esteem. ASD adults with low self-esteem fear that as soon as someone really gets to know them, they won’t be liked, loved or wanted anymore. Now here’s the catch: The best way to improve self-esteem is through experiencing success. But the only way to experience success in relationships is to take a risk.

You’ve heard the phrase, “no pain, no gain.” Similarly, it can be said, “no risk, no relationship.” So, risk …risk …and then risk some more. Take a step of faith. It’s well worth the effort in the long run.

•    t 3:43 PM ...This catch has a catch. It's true that the only way to experience success in relationship is to take a risk. However, to someone with a low self-esteem, the more times she gets hurt, the lower her self-esteem drops. The risk of getting hurt increases as one's self-esteem drops. This catch-22 may increase suicidal feelings.
•    J 7:27 PM ...Hi,I am an aspie adult male of 38yrs with considerable relationship difficulties.I have been in this relationship approx 4yrs.I am currently on the verge of wether the relationship will work or fail.From what I have gathered from my partner is that I am not very emotionally supportive,Touchy-Feely or verbally emotional...ie 1.She always tells me she loves me first,To which I reply love you too.I never say it first as I seem vulnerable inside myself,Therefore she finds that upsetting.When she asks me if I love her I reply with,Course I love you. But then she'll ask me,Do you really,Really love me? and I just get confused and feel like a fish out of water.Personally i'm not really sure I understand the concept of love the way she does,Thusly making me feel all the more inferior. 2.I don't mind having the odd cuddle, But too much makes me feel suffocated and just want her to get off.I do put up with it through grinded teeth sometimes,But other times its just too much to bear. 3.Whenever she has friends round she'll tell me soppy stuff in front of them and I cannot retort.I feel like the whole worlds eyes are burning down on me.Again feeling like a failure.So just say okay and walk out the room. 4.I don't know if this is really an aspie trait,But I am extremely private,And If I have an issue that I need to discuss with her and she has no solution,She will ask her family and friends willy-nilly and I feel massively exposed,Then I get that I don't tell her anything... Could anybody offer some advice to me please??? I'm hoping i'm not the only one to be experiencing dilemmas like this,I keep going round and round in my head that I don't get it,Therefore consider myself stupid because of the lack of intellect/emotion in these areas.Don't mean to sound childish,But would like to know i'm not alone with things like this...lol. Many thanks and kind regards to all.J
•    Unknown 1:28 PM ...This is very true to me. My husband and I have been married 22 years, but are just now exploring Aspergers as a giagnoses for him. I felt suicidle a few weeks ago and reached out to a friend. I didn't talk with H about it because he had dealt with suicidle feelings and I didn't want to burden him. My takeaway was that something needs to change for both of us so that we can stop just surviving and feel joy together. This is hard.
•    Kallya of Random Death 8:51 PM ...I have an issue with tying a free of being hurt with low self esteem. Not all fears and human reaction is tired to what they think of themselves. I mean I often find I like me, I really do but I can understand when the world doesn't seem to feel the same way about me. Or more directly the world doesn't seem to give the same weight to what I value. I also know my son is often confuse at the world's reaction to him. I do keep things hidden but it because I can have a hard time handling over whelming emotion and from my perspective the world in general didn't know how to handle such reactions either. I remember once at camp some people said so r nice things to me and I cried for an hour. No one knew what to do with and I could really explain to them why my emotion where so over whelming.
No comments: