Poor Stress-Management in Adults on the Autism Spectrum 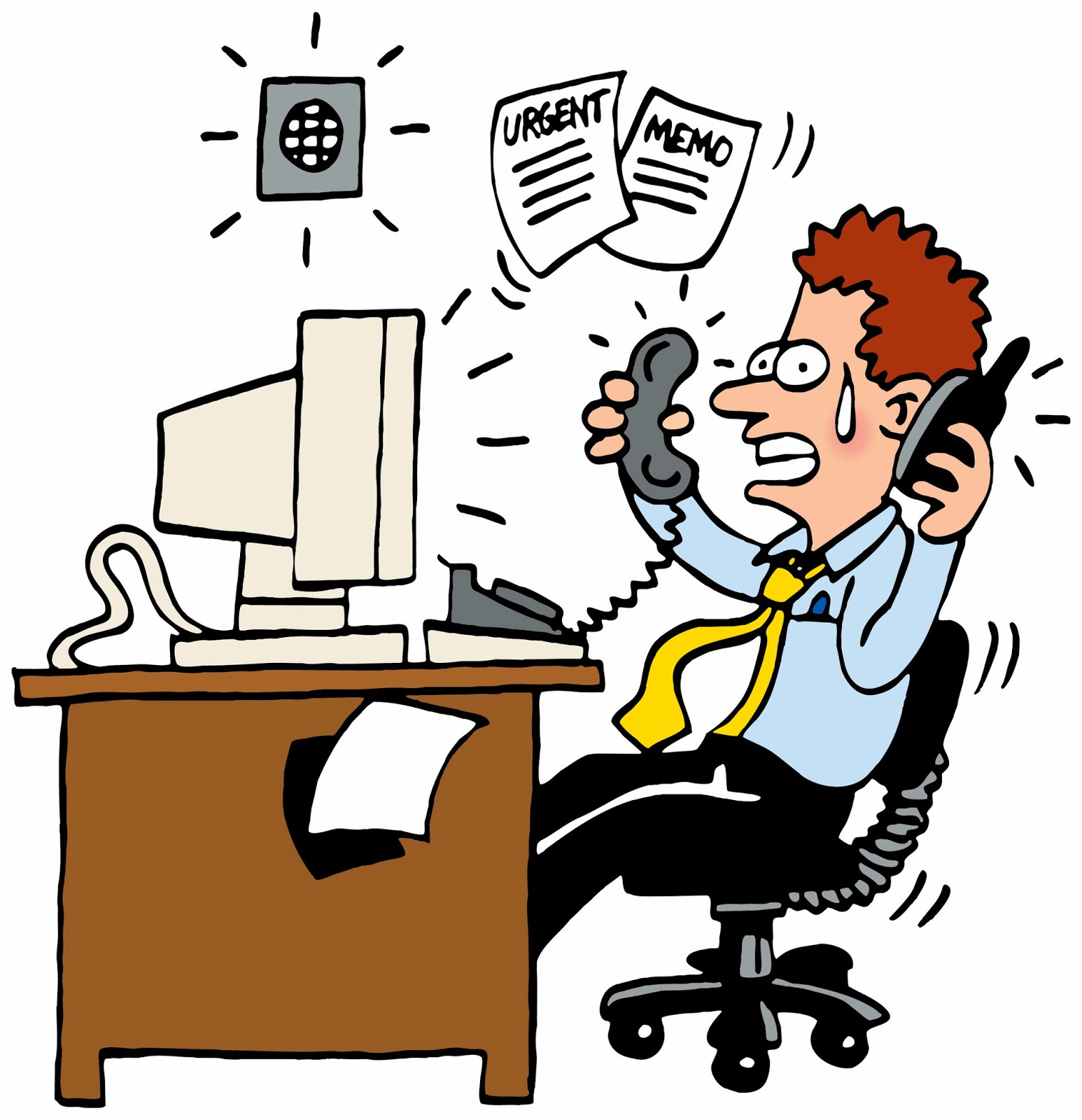 Unfortunately, it is very common for adults with Asperger’s (AS) and High Functioning Autism (HFA) to experience more than their fair share of stress – and to make matters worse – many of these people also lack the ability to manage their stress effectively.

Poor stress-management (PSM) occurs when the person is unable to cope with a particular stressor. Since individuals with PSM normally have symptoms that depressed individuals do (e.g., general loss of interest, feelings of hopelessness, crying, etc.), this condition is sometimes referred to as “situational depression.”


Some emotional signs of poor stress-management are:

Some behavioral signs of PSM are:

The recommended treatment for poor stress-management is psychotherapy. The goal of psychotherapy is symptom relief and behavior change. Anxiety may be presented as "a signal from the body" that something in the persons’ life needs to change. Treatment allows the AS or HFA adult to put his/her anxiety and anger into words rather than into destructive actions. Therapy can help the person gain the support he/she needs, identify abnormal responses, and maximize the use of personal strengths.

Sometimes small doses of antidepressants and anxiolytics are used in addition to other forms of treatment. In people with severe life-stresses and a significant anxious component, benzodiazepines are used. Tianeptine, alprazolam, and mianserin were found to be equally effective in people with anxiety. Additionally, antidepressants, antipsychotics, and stimulants (for people who became extremely withdrawn) have been used in treatment plans.

In addition to professional help, moms and dads can help their AS/HFA teens and adult children with their distress by:

•    I find this extremely helpful. I would love to talk to the person who wrote this or other people dealing with these issues themselves or with their adult Aspie child. We are trying to get some medication to help with this, but I would also like to help my child (age 21) learn some coping skills.
•    Im 25 and mostly everything on this page rings true. Ive never been diagnosed but recently a psychologist said I might have aspergers but that they dont officially diagnose that anymore.
•    As an Aspie, I lose it under stress. I resort to covering my ears and reciting "I'm sorry," over and over again. When someone screams at me, my palms sweat and my hands are clammy. I shake and I hyperventilate, my thoughts race into a garbled jumble, and I avoid communication altogether. I simply cannot think.
•    This is also me. Most of us, due to our condition, have anxiety/depression and all sorts of other nasties because we have had to work so hard at getting along with others, etc. I am currently hibernating to recover my equilibrium after what was a very pleasant time visiting family interstate. The cruel part is that even happy times are stressors to us! Anything which is out of the expected routine, unexpected outcomes, changes in plans, all stressful as we mentally work thru all the details of what will be NOW expected of us (to appear 'normal') It's a helluva situation, and I applaud you for your honesty and sharing. BTW I also say 'I'm sorry' way too much when not on top of things. We are so very used to being 'wrong' and 'odd' that our very existence seems some colossal reason to be apologetic to the world. Keep going,

Dealing with Mr. Logical: Tips for Partners of Men with ASD

Dealing with ASD (high functioning autistic) men can be frustrating and difficult for neurotypical partners, especially if you are involved in a love relationship. These guys who present themselves as “Mr. Logical” tend to be afraid of being controlled by others and "losing" who they are inside of a relationship. In some cases, they may reject emotional attachment as a way of protecting themselves.

Learn how to deal with your “Mr. Logical” by following these 12 tips:

1. In most cases, Mr. Logical has trust issues that come from things that happened to him in the past. For example, some of these men may have developed a tough and distant exterior due to having been bullied throughout childhood due to their nerd-like behavior. In this case, it might take some time for your ASD man to develop trust and break down barriers with you. If you truly care about the relationship, you need to be patient and allow him time to really feel comfortable and secure with you.

2. If you are trying to get Mr. Logical to feel comfortable talking with you, avoid starting conversations with sentences like "We really need to talk" or "This is important." These kinds of lead-ins can trigger a “clam-up” response. He might feel cornered or pressured by the "serious tone” of the conversation. When dealing with Mr. Logical, the goal is to get to a point where he does not fear things (e.g., commitment) and to not make him feel nervous and pressured.


3. Consider the social norms that ALL men – ASD or not – are supposed to follow when it comes to emotions and sharing those emotions. Men are historically supposed to be the non-emotional providers for their family. This does not reflect on their ability to communicate as a husband, but it will help you to understand why he is hesitant to show emotion around anyone.

4. If necessary, you may need to establish some distance (even if it's just temporary) between yourself and Mr. Logical. If you get the impression he can’t offer you what it is that you want, or even if he straight-out told you that, spend some time apart. Hang out with your friends, throw yourself into your career, or begin a new hobby. Mr. Logical will attempt to reestablish a connection with you when he is ready to open himself up to you emotionally. In the meantime, take care of yourself.
==> Living With Aspergers: Help for Couples

5. Expect Mr. Logical’s emotions to be displayed as actions rather than words. While a woman can fully articulate what she is feeling, an ASD man is more likely to try and find a solution to the problem and work on it. In fact, when a woman constantly asks "What are you thinking?" to her man who has gone quiet, she usually assumes he's angry. But this is not necessarily true. More likely, he has gone quiet as he thinks about how to solve the relationship problem.

6. Give your guy a platform to vent frustrations. You may see some expression of emotion from him if you are able to disguise it as a session where he is able to vent out what he is feeling, manifested as frustration or anger. Most men view frustration and anger as more masculine emotions. Even if your man is feeling sad or depressed, you might find that you will see his feelings come through as a hotter emotion.

7. Look for the causes of emotional distance. You and your spouse with ASD  might be dealing with a relationship crisis, and withdrawal is his way of handling the situation. Physical separation can create emotional distance as he deals with the pain associated with interpersonal conflict. Past experiences can also cause him to shut himself off so he doesn't get hurt again.

9. Their emotions are confusing – and sometimes contradict each other. Oftentimes, they do not even understand their own emotions. Depression often goes undiagnosed because it is difficult for male with ASD to explain what they are feeling or that they feel ashamed for not subscribing to the society "norm" of a tough, well-adjusted, providing man. Encourage your husband to show his emotions by being supportive and understanding that his feelings are often much more complicated than he lets on.
==> Living With Aspergers: Help for Couples

10. Notice what works and what doesn't with Mr. Logical. Focus on topics that get a conversation going before moving on to those that may bring the wall back up. Emotional distance is not created overnight, and neither are the solutions for it. It often takes several attempts to get a constructive conversation going.

11. Realize that these individuals often have a difficult time communicating their feelings. He does NOT want to tell you that he is sad or depressed. Instead of becoming angry that he does not want to share his feelings with you, simply let him know that you are ready when he is. Leave yourself open for that conversation. Do not force the issue.

12. When attempting to problem-solve with Mr. Logical, use rationality rather than emotionality when you speak (as much as possible anyway). When you are talking to a “logical” man, it is vital to talk to him in a manner that he can comprehend. To express yourself to this type of male brain, realize that he might not think in "emotions" in the same way that you do. His brain might operate in a more rational, non-emotional fashion instead. If you utilize logic, he may find talking and opening up to you more comfortable.

•    Anonymous said…Is negativity because of aspergers or his personality? It is so draining for me. I have to have enough optimism for both of us & after 33 years I run out very early In the day.
•    Anonymous said…Indeed. What ever you do - whatever you bring into the home, will received a negative reaction. I have found myself saying on several occasions, "There can't possibly be something wrong with everything."
•    Anonymous said…His personality I think. My aspie husband is very positive generally even when he is suffering from anxiety he try to talk himself out of it by talking positive. They are all so different. My aspie son and husband are streets apart personality wise.
•    Anonymous said…....it will NEVER happen! "He" will never initiate physical contact now because as we get older, the desire for "sex" is less. Not something "he" needs so why even both touching or kissing...oh I could go on...it's so emotionally draining and very lonely. Like being the lodger. All very polite etc. Zero emotion....