Important tips for men on the autism spectrum who are experiencing relationship difficulties:


==> Skype Counseling for Struggling Couples Affected by Asperger's and HFA

Body Language 101: Tips for Adults on the Autism Spectrum 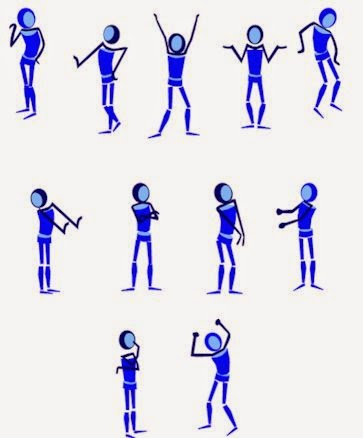 As most of us know, people with Aspergers (high functioning autism) often have difficulty with social skills. A BIG part of this is due to the fact that they have trouble reading body language, which makes it increasing difficult for them to interact with others. The good news is that it’s possible to learn how to read body language through practice and role playing.

Noticing the signals that people send out with their body language is a crucial social skill. A few of us “Aspies” can read it naturally, but most of us are notoriously oblivious. Fortunately, with a little extra attentiveness, you can learn to read body language, and with enough practice it can become second nature.

Body language often encompasses (a) how our bodies connect with material things (e.g., pens, cigarettes, spectacles and clothing), (b) how we position our bodies, (c) how we touch ourselves and others, (d) our breathing, (e) our closeness to - and the space between - us and other people and how this changes, (f) our eyes – especially how our eyes move and focus, and (g) our facial expressions. Being able to “read” body language therefore helps us greatly to understand ourselves better, understand better how people might be perceiving our own non-verbal signals, and know how people feel and what they mean.

The following list will no doubt seem daunting in its entirety. Thus, I suggest just picking a few (3 or 4) to work on (possibly the ones that feel the easiest to implement given your current strengths).

• Anonymous said... I'm 27 and feeling very frustrated about Love i have had one Girlfriend but still find myself in doubt about Love. Yet I feel something telling me I will love again. I find myself also very out of place, and wondering why I compare myself to a few college friends a few years younger than me who are engaged. Sure their relationships aren't easy I know that but I don't wanna spend the rest of my life alone. I already dealt with that pain of loneliness which is what I hated going through as a child. Personally I also have a hard time asking people for help cause when I was younger during my late teens in high school I was going through an extremely stressful time and whenever I would ask for help from someone I knew they would always say "I'm too busy to hear your problems".  Lastly i'm still trying to get over suppressing my emotions in general. the area I live in doesn't have many people with Asperger's Syndrome and there's only one other person 4 years younger than me with Asperger's and she's far more happier.

• Anonymous said... I take too much time to understand what people want and this time is enough to make me feel that the relationship is lost forever. When I was a teenager I thought it was only a phase, but in the last years I was getting tired of it and trying to live only by myself, believing that it was the only way I could live. But Just a few days ago I became aware of asperger and I suffered a lot thinking on how much harm I may have done to people and frustrated of not knowing of asperger before. However I feel as if a new door was open to me and I am trying to understand it better.

• Anonymous said... I am 30 years old and I've ever thought that my problems should disappear with time. I am married and a few days ago my wife told me I looked like an autist and I started to remember that many colleagues and friends have told me the same when I was a teenager and I thought they were kiding. After that I started to read about asperger and I feel that I am an asperger, but I don't know what to do. I am reading a lot about it now and it looks like my way of dealing with my asperger was creating a crust to pretend I am normal and believing I will find my way somehow. Now I don't know exactaly what to do, most because I have created a social face that looks very self-centred and it is very difficult to find someone to talk about that. I've have learned how to stabblish casual conversations with people, but I never know how to go further. I suffer a lot and now I am experiencing a sort of relief by knowing what my problem is. If someone want to chat, please contact me here, since I can't find anybody like me around right now and those with who I could talk about that are not near and I have difficulties on reestablishing those relations.

• Anonymous said... I know about smiles and frowns, but the rest just seems like too much. Even if I memorize it, I won't remember it while it's happening. Plus there is so much that involves eye contact. How can I know what they are thinking and feeling when I can't even look at their eyes??