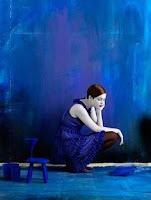 Relationship Difficulties Due to Deficits in "Theory of Mind"

"I have been married to my Aspergers husband for 17 years of emotional hell. I have not had any physical touch for 10 years, no hugs, kisses, hand holding. I am completely alone in this marriage. No emotional support and raised 2 kids who felt completely rejected because of him. He doesn't support his family because he is a droid …looks like a regular person on the outside but empty on the emotional scale, it just doesn't exist.
I now understand that what I have called "socially inappropriate behavior" has a name called Aspergers. I now understand that his brother and mother also share this diagnosis. The behavior I have been exposed to during our relationship has been devastating and painful. I have come to believe that my husband does not love me. I began drinking to be comfortably numb and what he did and said and didn't do didn't hurt so much. I entered AA over a year ago and believed him when he said I was an alcoholic. I thought it would solve all of our problems – but it hasn’t. Still at square one."

----------
I'm not sticking up for your husband here. He will have to face the consequences of his behavior just like everyone else does. But, you need to understand the difference between (a) blatant, intentional disregard for others' feeling versus (b) difficulty empathizing.

Empathy can be defined as understanding the emotional makeup of other people. It is a core component of emotional intelligence and helps us to develop deep levels of trust. Unfortunately, many adults with Asperger’s (AS) or High-Functioning Autism (HFA) do not seem to resonate very well with the experiences of others.  While they may understand others’ circumstances, they may not have the necessary emotional response.


The Aspies' solitary lack of engagement with others may develop to some degree into what can be described as apparent selfishness. Your husband may seem narcissistically concerned only with his own needs. However, what is really going on has more to do with deficits in “theory of mind.” Theory of mind involves the ability to attribute mental states to others, and to be able to describe what others may be feeling in a given situation.

Theory of mind is the capacity we have to understand mental states (e.g., feelings, desires, intentions, etc.). It’s the way we imagine others’ feelings or thoughts. Theory of mind enables us to understand that the behavior other people display is caused by their inner feelings, beliefs or intentions We can predict some of those behaviors and anticipate them. Whatever goes on in the mind of others is not visible, so it will remain a “theory” we create for ourselves. However, most people on the autism spectrum lack this ability to “theorize.”

Sadly, the absence of the ability to understand what others think or feel is at the root of most difficulties people on the spectrum have in communication and social interaction. As one husband with Asperger’s stated, “Never knowing how my wife feels or why she reacts the way she does makes me feel stupid. I’m like a blind man that keeps running face first into the same wall over and over again.”

This is a man who has given up on himself, as so many other autistic men have. If these men could “fix” their theory of mind deficits, most - if not all - would have done so long ago. Instead, they continue to be misunderstood and labeled insensitive, selfish, and uncaring. Oftentimes, the result is serious relationship difficulties and divorce.