Men With ASD: What Potential Partners Need To Know

Should you date a guy with Autism Spectrum Disorder? 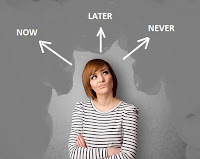 In no way am I suggesting that one should avoid having a relationship with a man on the autism spectrum. However, if you are in the early stages of a relationship with one (or are contemplating getting into one), then you need to know a few things ahead of time.

Unconventional people have always existed, but ASD isn't always recognized as a possible cause of odd behavior in adults. Even though ASD Level 1 is on the high end of the autism spectrum, it can be mild (causing only somewhat curious behavior) or severe (causing almost complete inability to function in society without some assistance).

Adult on the spectrum (similar to children with the disorder) have trouble deciphering the normal rules of society, which impacts their home, work and social lives. They often have high intellectual functioning – but diminished social abilities (e.g., they may use peculiar speech and language, seem egocentric, lack the ability to read non-verbal cues, lack social skills, have limited or unusual interests, follow repetitive routines, appear clumsy, etc.).


Some of the things you can expect to see from a man with ASD may include the following:

1. He usually prefers a structured life with well-defined routines. He may become agitated or upset when these routines are broken. For example, if he normally eats breakfast at 8 a.m., he may become agitated when asked to eat at an earlier time. However, unlike a person with classic autism (Level 3), the person with ASD Level 1will probably be able to keep his frustration in check.

3. Because a man with ASD typically struggles to understand emotions in others, he misses subtle cues (e.g., facial expression, eye contact, body language, etc.). As a result, he may appear aloof, selfish or uncaring. He may simply lack the social or empathetic skills to effectively manage romantic relationships.

4. Because he tends to be a literal thinker, the autistic may have trouble understanding social metaphors, teasing or irony.

5. He may be unable to think in abstract ways. He may be inflexible in his thinking, unable to imagine a different outcome to a given situation than the one he perceives. This rigid thinking pattern makes predicting outcomes of situations difficult. He may develop strict lifestyle routines - and experience anxiety and distress if that routine is disrupted. To avoid such disruption, he may keep extensive written to-do lists or keep a mental checklist of his plans.

6. The autistic may have difficulty interacting in social groups (e.g.,  he may choose inappropriate topics to discuss in a group setting or find making small talk difficult or even annoying).

7. The individual may demonstrate unusual non-verbal communication (e.g., lack of eye contact, limited facial expressions, awkward body posturing, etc.). He may speak in a voice that is monotonous or flat, and may engage in one-sided conversations without regard to whether anyone is actually listening.


8. He may have obsessive tendencies that manifest in many different ways (e.g., insisting all of his books be lined up in a certain order on the shelf, or that the clothes in his closet are categorized by color, style or season). Obsession with categories and patterns is a common symptom of the disorder.

9. The man's focus on just one or two areas of special interest often leads to a lack of interest in alternate topics and the unwillingness to listen when his partner is speaking. Such poor communication skills can lead to problems in relationships. The person with ASD may talk incessantly about topics that others have no interest in. His thought patterns may be scattered and difficult to follow and never come to a point. Speech patterns may have a strange cadence or lack the proper inflections. And, he may have difficulty understanding humor and may take what's said too literally.

10. Unlike an adult with classic autism, a person with ASD Level 1 wants to fit in with others. However, social and work-related difficulties can cause anxiety, anger, low self-esteem, obsessive compulsive behaviors, and depression. He may feel disconnected and distant from the rest of the world.

11. While a high-functioning autistic man often has above-average intelligence, he may process information more slowly than normal, making it difficult to participate in discussions or activities that require quick thinking. He may have trouble with organization and seeing the "big picture," often focusing on one aspect of a project or task. Also, he may be rigid and inflexible, making transitions of any type highly difficult.

12. Other symptoms of ASD include:


Again, this is not an attempt to discourage anyone from developing a relationship with a man on the spectrum. And it should be noted that, while this article focuses on the areas of potential problems for man-woman relationships, there are many more positives associated with the disorder than negative. Below are just a few examples.

Many men with ASD also demonstrate the following characteristics:


Unfortunately, in counseling couples affected by ASD, I've discovered that in some cases, all the positive traits in the world do not make up for the autistic man's (a) difficulty in understanding his lady's emotions and (b) lack of displayed affection. If those two things are missing, it's usually a huge disappointment (and sometimes a deal-breaker) for his lady, regardless of all the assets associated with the disorder.

==> More information on relationship problems with your Asperger's (or high-functioning autistic) partner...

How to Deal with Me: An Aspergers Man’s Note to His New Girlfriend 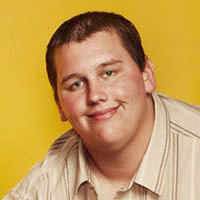 I understand that you are frustrated with me right now, and that I can ‘drive you crazy’ (as you say).  But I’m not a bad guy who is intentionally trying to be an asshole. Below are 10 things I would like for you to know about me. Maybe this will help you understand that I really am not a selfish or insensitive person.

1. Please don’t assume that I’m uninterested just because I’m not telling you on a daily basis that ‘I like you’ or ‘find you attractive’. Decide what you think of me and let me know. After I become aware of your attraction and am not confused about your nonverbal gestures and flirtation, it will be easier for me to decide if I feel the same way.

2. It would be helpful if you would ease me into large social situations (e.g., parties or group outings). Please understand if I am overwhelmed or decide not to go with you. There will be times when I prefer being alone or with less people.

3. If I talk in a confusing manner (e.g., use complex vocabulary or don’t answer your questions directly), please ask me for more clarification.

4. If I appear to have certain quirks (e.g., not wanting to talk on the phone), please understand that it is related to the disorder. But do feel free to confront me about any issues that bother you, and explain why it bothers you. I will try to understand.

5. Because my brain is wired differently, I have difficulty initiating interactions, maintaining eye contact, reading the non-verbal cues of others, responding to the initiations of others, sharing enjoyment, and taking another person’s perspective. These are the social skills that come naturally to most people. Not me. But feel free to help me in these areas. I consider myself to be a life-long learner and will always need to keep pushing myself to new levels.

6. It would be great if you would learn what my interests are, and try to engage in a few activities that focus on those interests. If we could go on a few dates where social interaction isn’t necessarily the focus, that will help me be more engaged and conversational.

7. You can always tell me how you are feeling, especially if you are angry, and why. I may not understand your emotions and why you are reacting a certain way, but I promise I will listen.

8. The long-held notion that people with Aspergers lack an interest in social interactions is inaccurate. I do indeed desire social involvement, But I lack some of the skills to interact effectively. This lack of “know-how” often leads to feelings of social anxiety for me. Social situations can evoke a great deal of stress, and I may need to take a time-out from whatever we are doing at the time to collect myself. When I do, please do not perceive it as me being antisocial.


9. As juvenile as it may sound, romance can be puzzling to me sometimes, but again, you will probably see improvement after explaining the meaning behind it, why it’s necessary, and that it makes you feel good.

10. Lastly, please don’t use riddles or sarcasm in the same way you would with someone who doesn’t have Aspergers. If you do, ask me if I understood and then explain what you meant. Otherwise, I may just be confused.

Like everyone on planet earth, we are people with a mix of strengths and weaknesses. I am different – but not defective. The world needs all different kinds of minds – including the Aspergers mind. The way I think should be regarded as a positive attribute, not a shortcoming. I speak for all people with Aspergers when I say this: When our differences are embraced, the positives definitely outweigh the negatives.


==> Skype Counseling for Struggling Couples Affected by Asperger's and HFA