The Dangers of Trying to “Fit-In” with a Neurotypical World 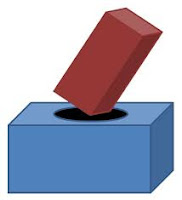 One of the reasons that adults with Asperger’s (high-functioning autism) do not make a strong effort to adapt to societal expectations is because – to one degree or another – they have been treated unfairly throughout their life. From a very young age – and even into adulthood – many have been rejected, teased, ridiculed, bullied, and in other ways discriminated against by “neurotypicals.”

Who in their right mind would want to participate in a “system” that only values a certain style of thinking – especially when you have a “disorder” that makes you a square peg that’s “supposed” to fit into a round hole. A valid argument could be made that, without the staunch non-conformists in the world, there would be no change within society.

On that note, here are some of the disadvantages of trying to “fit-in” with a neurotypical world:

1. Assuming you could if you wanted to, if you chose to conform to the neurotypical way of thinking, feeling and behaving, there would be a lack of diversity on this planet. If you – and all the other people on the autism spectrum – lived within the guidelines and belief systems of society, it would certainly be a very monotonous and unimaginative world.

2. Not all of society’s “rules” are just. If you try to follow every rule of society, you may actually be setting yourself up for failure. A blind belief in any system without question is a hazardous way to go through life – and is not even good for society as a whole. Some rules “should be” broken. If you refuse to break a rule just to “fit-in” and gain the acceptance of “the group,” you end up giving up too much of your own power to the *** powers in charge***.

3. Trying to fit-in means not questioning the status quo and putting a blind trust in how others think YOU should think and act. Giving over your power to others for the sake of conforming to their expectations can mean ignoring social justice issues – and can keep you from feelings of outrage and the need for action over social injustice (in this case, prejudice against people who “think differently”).

4. The neurotypical world is not always based on what is good for the “greater good.” Unjust actions by society is largely fueled by people who go to great lengths to “go with the flow.” It’s just plain dumb to go through life without questioning present circumstances that seem wrong or one-sided.

5. You may feel like a “cop-out” (i.e., feeling as though you’re grossly compromising your values and beliefs).  If you believe that you don't have the ability to go against the norm when you “know you should,” it’s a real self-esteem buster. How many times have you wanted to do something and felt afraid of what others would say about it? And when you kept your mouth shut in order to avoid “rocking the boat,” how did you feel about yourself? Conversely, when you stood up for yourself because in your gut you knew you were right, how did you feel? Enough said!

6. Your creativity will die a slow death. Look at all the famous artists that sold paintings worth thousands (if not millions) of dollars. If they operated by the “norms of artwork” (so to speak), they would never get outside the box to produce pioneering paintings, sculptures and drawings. Have you ever had a "crazy idea” – and you thought it was a good idea, but you didn’t pursue it for fear of ridicule and criticism from others? Have you ever wanted to suggest a risky idea to your employer that was against norms? How many times have you wanted to try something new - but bailed-out without even giving it a try?

7. As previously stated, conformists don’t make a difference in the world. Without people who “think differently,” there would never be change. People on the autism spectrum can offer a checks-and-balance system that can help to point out what is unjust in society. If you are a person with Asperger’s or high-functioning autism, you are indeed one of those who can improve the current state-of-affairs for the better.

The Link Between Anxiety and Autism Spectrum Disorder

"Why does it seem that most people with ASD also have a great deal of anxiety?" 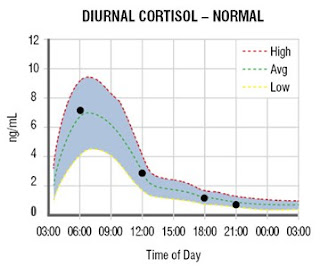 One explanation (among several) may have to do with abnormal levels of cortisol. Cortisol (the body’s stress hormone) may be a key component to understanding ASD, according to researchers.

It is one of a family of stress hormones that acts like a ‘red alert’ that is triggered by stressful situations, allowing a person to react quickly to changes around him or her.

In “typical” people, there is a 2-fold increase in levels of this hormone within 30 minutes of waking up, with levels gradually declining during the day as part of the internal body clock. One study found that people with ASD don’t have this peak.

This difference in stress hormone levels may be very significant in explaining why the “autistic” is less able to react and cope with unexpected change. These findings are crucial, as they give us a better understanding about how some of the symptoms we see in ASD are linked to how the individual adapts to change at a chemical level.

The study suggests that a person with the disorder may not adjust normally to the challenge of a new environment on waking, and this may affect the way he or she subsequently engages with the world as the day wears on.

The researchers hope that by understanding the symptoms of ASD as a stress response (rather than a social-skills deficit or some type of behavioral problem), it could help therapists develop strategies for avoiding situations that can cause anxiety in people with the disorder.

The next step in the research will be to look at whether people with other types of autism also lack a peak of cortisol after waking.

Craig sates, "I can really relate to this. By 4 pm, my anxiety is usually off the charts with no direct correlation to any particular event. That was when I would start thinking of going to Happy Hour or something to stop that internal suffocating feeling. Hard to describe."