As most of you may know, Cassandra Syndrome is basically a lack of adequate psychological nurturance from your significant other [in this case, your spouse on the autism spectrum]. If you have developed this syndrome, you probably gave up hope of having your emotional needs met a long time ago.

Emotional neglect is a failure of your ASD partner to respond to your emotional needs, which occurs as a result of his or her traits associated with the disorder [e.g., alexithymia, mind-blindness].  This neglect can have long-term consequences, as well as short-term, almost immediate ones.
Neurotypical [NT] spouses who chronically feel “affection-deprived” may exhibit the following symptoms:

Cassandra Syndrome often occurs because the ASD spouse has a low “emotional-empathic quotient” [i.e., alexithymia]. In other words, the NT frequently finds that her ASD partner is often unable to fully engage with her feelings - and his own feelings!

Due to low social-emotional intelligence, the ASD partner is “psychologically stunted” [i.e., his social-emotional age is significantly younger than his chronological age]. In other words, your ASD spouse may be, for example, 45-years-old but have a maturity-level of a young teenager. As a result, the NT may experience that her partner:

The effects of chronic and long-lasting “affectional neglect” may have devastating consequences [e.g., failure to thrive, hyperactivity, aggression, depression, low self-esteem, substance abuse, and a host of other emotional issues]. In some cases, Cassandra Syndrome can lead to PTSD. While not everyone who experiences emotional neglect suffers from PTSD, those who do are by no means weak. PTSD is not a sign of weakness.

Often, the ASD husband’s lack of intimacy is the reason the NT partner feels emotionally abandoned and loses interest or desire for sex. The NT may then develop a “fear of intimacy” herself, which can cause her to be emotionally unavailable – just like the ASD partner has been in the past. An endless dance of pursuit-and-distancing can then occur between both partners – along with a significant degree of resentment.

A marriage can survive without intimacy, but it will become a real struggle for both spouses as time goes on. Neither spouse will be happy or feel secure in the relationship. Without happiness and security, both parties become more like roommates rather than soulmates.

So, what can the NT do if she thinks she may have Cassandra Syndrome? Here are a few ideas:

1.    The NT should be gentle with - and take good care of - herself, starting with small steps. Spouses who experience emotional neglect often have difficulty with self-care. Unaware of their feelings and needs, they frequently don’t know where to start. So, the NT should try treating herself with the same care and tenderness she would give a child who wasn’t able to take care of himself/herself.  The NT should be especially tender and compassionate with herself, especially if she tends to be self-critical or judgmental [i.e., at some level, blames herself for the failures in the marriage]

2.    The NT can begin to identify her needs, and take steps to meet them. Many spouses who experience emotional neglect over the years are often unaware of what they need - and typically don’t feel deserving of getting their needs met.

3.    If the NT truly believes she doesn’t deserve to have her needs met, she should acknowledge that belief, and see it as just that - a “belief” and not a “fact.” Begin to deconstruct old beliefs you’ve held for a long time that may no longer hold true.

4.    Remember that recovery from emotional deprivation is a process. For example, if you skin your knee, you need to clean out the wound and expose it to the light of day – right!? The same holds true for emotional injuries. Bring the injury out of hiding, give it some light and air, and then you’ll be on the road to recovery.

5.    Recovery from Cassandra Syndrome is a gradual, ongoing process. The memories of the emotional neglect that you have experienced will never disappear completely. This can make life seem difficult at times. But, there are steps you can take to cope with the residual symptoms and reduce your anxiety and distress. Cognitive-Behavioral Therapy [CBT] is a type of psychotherapy that has consistently been found to be the most effective treatment for emotional trauma, both in the short-term and the long-term. “Grief counseling” is also high effective. And don’t forget the NT support groups that are available online.

==> Recovery from Emotional Deprivation for Neurotypical Partners in Neurodiverse Relationships

==> Online Group Therapy for Couples and Individuals Affected by Autism Spectrum Disorder
==> Videos to help you understand your partner on the autism spectrum...
No comments:

Crucial Interventions for Couples Affected by Asperger's and High-Functioning Autism 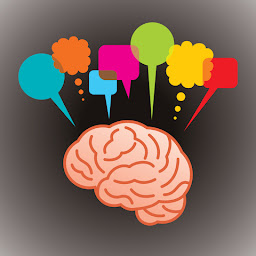 Here you will find important information (in alphabetical order) for those experiencing relationship problems associated with Autism Spectrum Disorder:


§  Anger to Meltdown to Guilt to Self-Punishment: An ...

§  Anger-Control Problems in Adults on the Autism Spe...

§  AS and Attention Deficit Disorder

§  Asperger's and Problems with Prediction

§  Asperger's and That Damn Anxiety Problem

§  Boyfriend Has a Computer Addiction?

§  Challenges Facing Wives Who Are Married to Asperge...

§  Conversation Starters: Advice from a Guy with Aspe...

§  Denying the Diagnosis of Asperger's

§  Does My New "Friend" Have Asperger’s?

§  Does Your Man Have Asperger’s?

§  Having a Positive Attitude with Asperger's

§  Help for Adults with Asperger's (high-functioning ...

§  How Aspie Husbands Can Avoid Arguments With NT Wives

§  How to Avoid Meltdowns: Calming Strategies for Adu...

§  How to Improve Relationships with Women: Help for ...

§  How to Make it Through the Holiday Season: Tips fo...

§  How to Stay Out of the Doghouse with Your Neurotyp...

§  Is it Sadness or Full-Blown Depression: Tips for A...

§  Lack of "Displays of Affection" in Adults with Asp...

§  Medications That Help with Asperger’s Symptoms

§  Men with Asperger's: Summary of Traits that Affect...

§  Message to Aspies: Are you afraid to take an hones...

§  Positive Traits of Asperger’s Men as Reported by T...

§  Relationship Difficulties Due to Deficits in "Theo...

§  Resentment in the Neurotypical Wife

§  Rituals and Obsessions in Adults with Aspergers an...

§  Rules of Effective Listening: Tips for Men on the ...

§  Ruminations in People with Asperger's and High-Fun...

§  Self-Management of Angry Outbursts for Men with As...

§  Should You Disclose Your Diagnosis to Others?

§  Shutdowns in Spouses/Partners with Asperger’s

§  Signs That Your Neurotypical Wife Is Becoming Bitt...

§  Suicidal Thinking in People with Asperger's and Hi...

§  Taking Things Too Personally: Tips for Adults on t...

§  Telling Others That You Have Asperger's

§  The 3 Anger Styles of Adults with Asperger’s and HFA

§  The Angry Aspie: Tips for Adults on the Autism Spe...

§  The Bullying of People with Asperger’s: Long-Term ...

§  The Fear of Being Diagnosed with an Autism Spectru...

§  The Hidden Curriculum: Tips for Dummies

§  The Risks Associated with an “Asperger’s” Label

§  Tics in Adults with Asperger Syndrome

§  Tips for Discouraged Neurotypical Spouses: Are You...

§  Traits That Contribute to Relationship ...

§  Traits That Get Misinterpreted As "Inap...

§  Understanding the Mind of Your Asperger’s Mate

§  Understanding the Mind of Your Partner with Asperg...

§  What I Do to Cope with Asperger's: My Personal Story

§  What I’ve Learned About Me: Self-Confessions of an...

§  What To Do After a Big Fight With Your Neurotypica...

§  What To Do When Your "Aspie" Man Fails To Empathize

§  What To Do When Your "Neurotypical" Wife Resents You

§  When Your Asperger's Man is a Reluctant Talker: Ti...

§  Why “Neurotypical” Wives Are Unhappy in Their Marr...

§  Why Adults with Asperger’s Are Prone to "Meltdowns"

§  Why Adults with Asperger's May Seem Inflexible

§  Why Do Some Adults with Asperger’s Get Labeled as ...

§  Why I Am Glad I Got Diagnosed

§  Why the NT Partner's Attempts to Fix the Relations...

§  Why Your Asperger's Husband or Partner Refuses to ...

§  Wife's Account of the Ups and Downs of an Asperger...