Challenges Facing Partners Who Are Married to Husbands with Asperger Syndrome

==> Online Group Therapy for Couples and Individuals Affected by Autism Spectrum Disorder
==> Videos to help you understand your partner on the autism spectrum...
==> Living with an Aspergers Partner: Help for Struggling Couples

Stinking Thinking in People with ASD 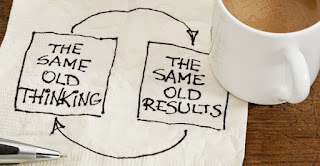 People with Asperger’ and High-Functioning Autism have a tendency to think poorly of themselves. We call this stinking thinking.

Here are some common examples people on the autism spectrum may face that lead to toxic, sticking thinking, followed by its replacement thought to help you shift your focus:

2.    Stinking Thinking: You really need to be dependent on someone stronger than yourself. Your happiness depends on others.

---Replacement Thought: You’re the one who ultimately decides what's best for you. Reliance on others is more like a habit and a state of mind that can be corrected with practice.

3.    Stinking Thinking: You should be liked and approved of by almost everyone.

---Replacement Thought: Nobody is liked by everyone. That’s naïve.

4.    Stinking Thinking: You’re a product of your past. You can't change anything. You’ve always been this way.

---Replacement Thought: Things have happened in the past that influenced your behavior, but you can learn to modify how you think and react. People can - and do - change.

---Replacement Thought: What you did may have been stupid, but you can forgive yourself and try again.

6.    Stinking Thinking: It's easier to avoid this problem than to face it.

---Replacement Thought: In the long run, it's better to face this problem and accept your role in it. Then there can be a resolution and improved relationships.

---Replacement Thought: You must accept that things will go wrong sometimes – and that's not a big problem in most cases.

8.    Stinking Thinking: This problem shouldn't have happened. You’re to be blamed.

---Replacement Thought: You might very well be at fault, but you’re not to be blamed, because we all make mistakes and can improve based on the lesson learned.

9.    Stinking Thinking: To be worthy and have high self-esteem, you have to be competent and victorious in all respects.

---Replacement Thought: You can't expect to be perfect in every way – it's okay to fail, and then learn from those failures.

==> Living with an Aspergers Partner: Help for Struggling Couples

•    average guy …I feel a sense of failure in my life more so than success.What I have to learn is that life offers a balance between the two views.
•    Unknown …This society is structured in such a way that most of us who have the potential to accomplish big things never find the opportunity to do so... being marginalized from as far back as we can remember, shunned for being different from "the norm", viewed as controversial, etc... barely tolerated,rarely accepted and almost never truly wanted/welcome in any circle. We know that we have the raw potential to accomplish far more than our intolerant, elitist society will allow of us. So when we stop and think about how little we have done or been able to do compared to the potential we've always had, yeah, it is real easy to look down on ourselves in light of that. Take me for instance, I missed 2 questions on a MENSA exam when I was 17 yrs. old... and my biggest accomplishment is that I am still alive and not in a jail or other institution, presently. That's hardly anything to be proud of. All this potential and I've amounted to essentially jack shit.
•    mimi …I get where you're coming from.( this is "mimi"'s fiancée.) all your life,you've been considered weird,outcasted from the rest for being different,even being blamed for the way you are,and finally when you get diagnosed when you're 25,you're still treated the same way,and Even though you graduated #18 in a class of 200+,your biggest accomplishment in 54 years is getting your driver's license.Like,the rest of the majority of the world Doesn't get theirs? yeah,my fiancee doesn't have hers,but she has a reason-she's legally blind. and I never found anyone to love me as I am until I found my fiancée at 47 and that's because I love her the way she is,wheelchair,legally blind,male-to-female transgender and all.